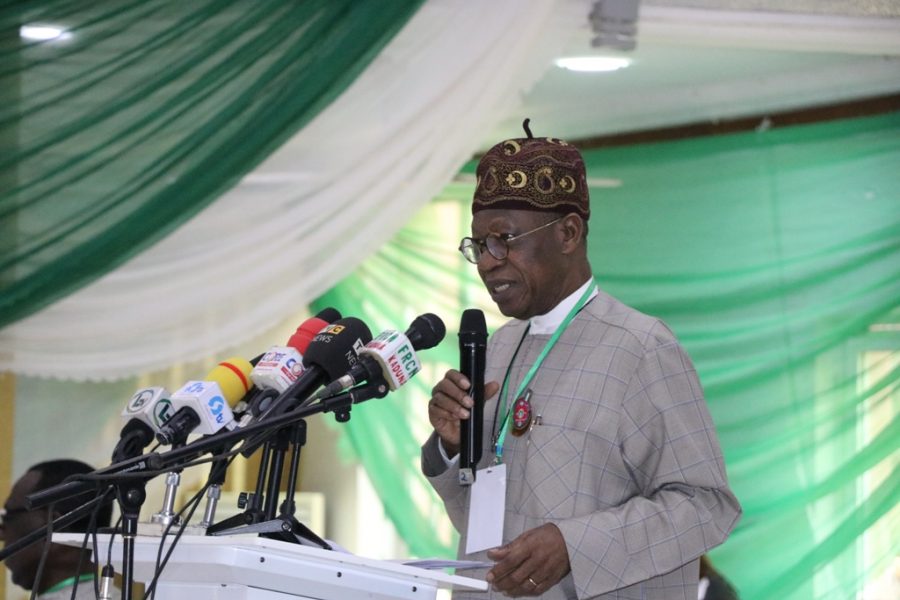 The Federal Government has said fake news and hate speech constitute the biggest threat to the 2019 general election, and appealed to states to join in the ongoing campaign to sensitize Nigerians to the dangers posed by the twin evils.

The Minister of Information and Culture, Alhaji Lai Mohammed, made the assertion in Kaduna on Thursday, during the official opening ceremony of the 47th National Council on Information (NCI).

Alhaji Mohammed said fake news has the capacity to alter the course of elections and create legitimacy problem for the winner, citing as an example a report that said fake news helped to depress Hillary Clinton’s votes during the 2016 US election, in addition to tainting the victory for the winner. He also said hate speech was a catalyst in the 1994 genocide in Rwanda, which left at least 800,000 people dead.

The Minister said while the Federal Government has been unrelenting in calling attention to the dangers posed to the nation’s peace, security and democracy, including through the launch of the National Campaign Against Fake News on July 11 2018, it cannot do it alone.

”The campaign against fake news and hate speech is not just a responsibility of the Federal Government. It is for all tiers of government. Therefore, I expect that the Honorable Commissioners who are here, and those who are not, will launch the campaign in their various states.
”The media will bear the brunt, if the people lose confidence in them because of fake news. This is why the media must lead this campaign,” he said

Alhaji Mohammed described as ‘very fitting and most timely’ the theme of the meeting, which is ‘Tackling Fake News and Hate Speech to Enhance Peace and National Unity’.

He urged the participants at the meeting to ‘brain storm and evolve policies’ that would comprehensively address the menace of fake news and hate speech.

Commissioners of Information from about 20 states are among the participants at the three-day meeting, which was declared open by Governor Nasir el-Rufai of Kaduna State, represented by his Special Adviser on Media and Communication, Mr. Muyiwa Adekeye

FG seeks help in curbing fake news
Share
Subscribe to our newsletter
Sign up here to get the latest news, updates and special offers delivered directly to your inbox.
You can unsubscribe at any time