Adara People Dare el-Rufai: “We Will Resist Attempt To Subjugate us Under Kajuru Emirate 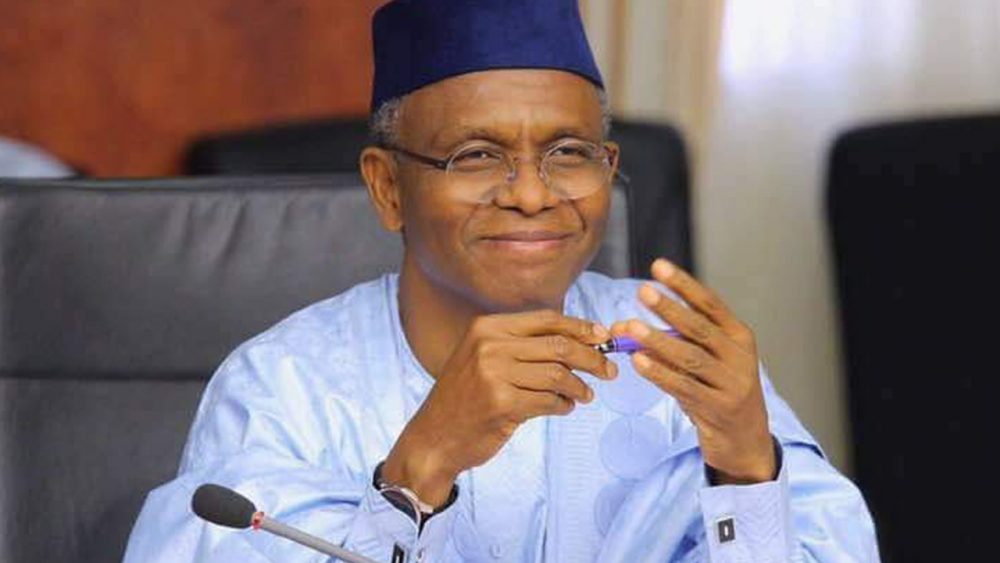 The Adara people living in two Local Government Areas of Kachia and Kajuru in Kaduna State have vowed to resist every attempt by Governor Nasir el-Rufai to force them to pay allegiance to the new Kajuru Emirate recently created by the Kaduna State government for political gains.

The people pointedly vowed that they would not in any way recognize nor subject themselves to Kachia Chiefdom and Kajuru Emirate, adding that any other lines of action in respect to the status of their highly cherished Adara Chiefdom will be decided based on the progress or otherwise of the engagement with government.

These were contained in a communique issued at the end of an emergency meeting of the Adara people and signed by the National President of the ADA, Mr. Awemi Dio Maisamari, in which the people decried the abolition of the Adara chiefdom and subjugation of their communities through a gazette issued by the Kaduna Sate Government.

The Adara nation further declared; “The challenges, incidents and tragedies presently confronting Adara Chiefdom are the greatest ever threat to the survival and wellbeing of the Adara nation.

“Notable among them are the aggressive official promotion of the Ladduga grazing reserve, frequent externally induced criminality, disdain for the will of our people on matters that affect them, four horrendous and brutal attacks on our people, the kidnap and brutal assassination of our paramount ruler and the abrogation of Adara Chiefdom.

The Adara people equally agreed that in the event of any future case of kidnapping, they shall use self-help to ensure immediate rescue of victims at any cost.

The communique further states; “An objective and comprehensive contextual review of the situation seems unavoidably to point to government culpability. It is now clear to us that Adara nation in general has been earmarked for total subjugation and Adara Chiefdom and culture for outright extinction. This seems to be the most logical explanation in our situation. “Zazzau Emirate” being almost half of Kaduna State has been left intact with its cultural and religious nomenclatures. Also several smaller Chiefdoms and Emirates have similarly been allowed either intact or with minor changes. But Adara Chiefdom being the second largest in the state has been out rightly abolished. Its people have been balkanized and forcefully subordinated in the new Kachia Chiefdom and Kajuru Emirate.

“This was done to create the circumstances where the identity, culture and wellbeing of our people will be permanently suppressed, overshadowed and ultimately destroyed. And this is being done to us after withdrawing our long held title of being the most peaceful and accommodating Chiefdom just because we have been unsuccessfully attempting to defend ourselves from criminals, aggressors and murderers. This is the greatest injustice to our people.

“The Adara nation has decided to totally and unequivocally oppose, resist and reject all the policies, laws, plans, processes, programmes, decisions and activities that will directly and or indirectly destroy our Chiefdom, identity, culture and wellbeing. We may not have the political and economic muscle to fight our cause, but we are strengthened by the justness of our cause, the support of all people of goodwill, and above all the merciful and powerful force of divine providence. We shall therefore use all available civil, democratic and legal means to fight our cause to the best of our ability and as long as necessary.”

“After a thorough assessment of issues affecting the Adara People, the national congress of ADA resolved to declare its total loyalty and support to Adara Traditional Council and Adara Chiefdom under the able leadership of the Vice Chairman of the Council/Wazirin Adara, Engr Bawa Magaji.

“The community totally supports the on-going efforts of the Traditional Council to engage and dialogue with government for the amicable resolution of all problems facing Adara nation. The Association is also standing by to participate or contribute in anyway necessary to ensure the speedy and just resolution of all issues of concern to our people.

“Our community has suffered serious casualties and humiliation due to over reliance on state security personnel. Our people have reaffirmed an earlier decision to make the community vigilance watch structure more effective. Secondly, the community has firmly resolved to ensure better self-defense to protect lives and property in the community in the event of any further attacks.

“Adara community is today suffering unspeakable hardships because of its poor economic and political base. Recent crises have left many families in dare need of assistance for food, shelter, medical treatment, police and court cases, children’s education and self-employment. The community has reaffirmed its previous decisions to more vigorously embark on community contributions for self-reliance and collective decision making during all elections and other major issues.”

Adara People Dare el-Rufai: "We Will Resist Attempt To Subjugate us Under Kajuru Emirate
Share
Subscribe to our newsletter
Sign up here to get the latest news, updates and special offers delivered directly to your inbox.
You can unsubscribe at any time