COP24: Poland Issues Terrorism Alert for Katowice Ahead of Buhari, other leaders arrival 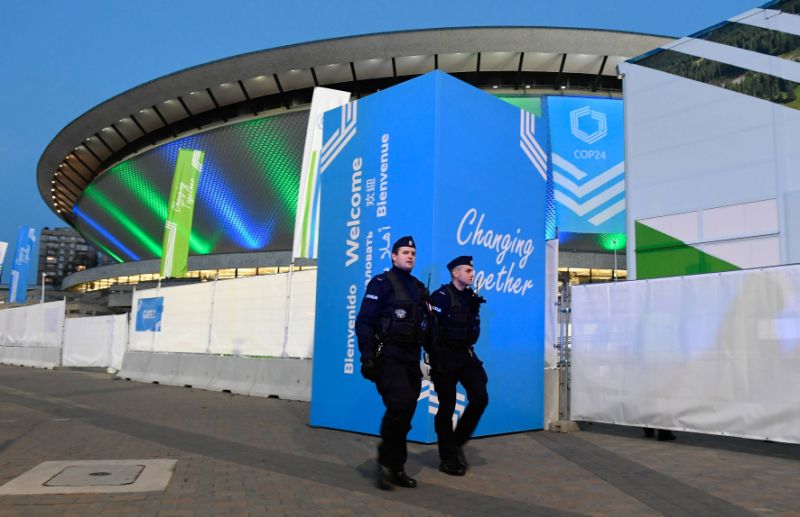 The Polish government has implemented a terrorism alert in Katowice the province where the annual UN climate talks are about to start.

Climate campaigners are warning of a tense atmosphere in and around the city of Katowice in southern Poland, where the global climate negotiations, known as COP24, are due to kick off on Monday.

President Muhammadu Buhari, on Saturday, departed Abuja for Poland, to join about 200 other leaders in attending the climate change conference holding in the country.

Over the weekend, Polish Prime Minister Mateusz Morawiecki signed an order declaring an ALFA alert—the first of four increasing terrorism security levels—across the entire southern province of Silesia, where Katowice is located, and the city of Krakow, Per Second News gathered on Saturday afternoon.

In an official statement, the government confirmed the heightened security measures had been introduced in connection with COP24 and will remain in force for the entire length of the talks, until Dec. 15.

The heightened alert has seen increased controls implemented across the affected areas, with residents are asked to report any suspicious situation or individual.

It also means enhanced security forces will be deployed in cases of emergency and that officers can control and check vehicles as well as access private communications.

On Friday Polish border police said that Poland’s borders with Germany, Lithuania, the Czech Republic and Slovakia had temporarily been restored and that the border could only be crossed in designated areas, with further checks being carried out at ports and airports.

The measures are due to last for the entirety of the climate conference with random checks being carried out for people entering Poland.

Patryk Bialas, a newly elected independent councillor for Katowice and a long-standing climate activist, said that the mood in Katowice “was very bad.”

“There are already a lot of police on the streets and officers are telling people to keep away of the city center during the talks,” Bialas said, adding that police officers recently interrupted a training session about the climate negotiations he had organized with Katowice residents.

COP24: Poland Issues Terrorism Alert for Katowice Ahead of Buhariother leaders arrival
Share
Subscribe to our newsletter
Sign up here to get the latest news, updates and special offers delivered directly to your inbox.
You can unsubscribe at any time