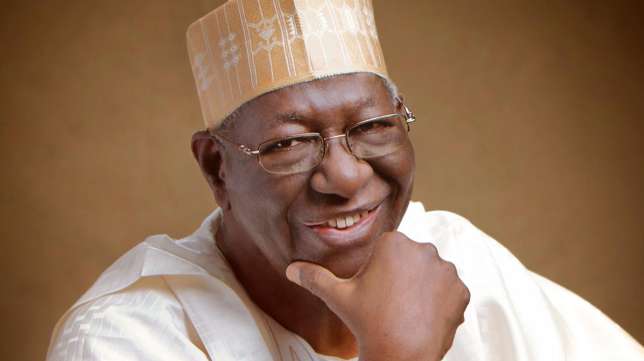 Share
The family of the  former Chairman of the Board of Trustees of the Peoples Democratic Party (PDP), Chief (Dr) Anthony Akhakon Anenih, CFR, the Iyasele of Esanland, has announced December 1, 2018, for the burial of the late statesman.

This is sequel to the decision by the Anenih Family, in concert with the Edo State Government, which had already declared and observed three days of mourning, statewide, with the national flag flown at a half mast from October 31 to November 2, 2018, to organise funeral wakes in Abuja and Benin that will culminate in his interment in Uromi.

The Anenih Family recognises and appreciates the expression of commitment of Governor Godwin Obaseki of Edo State to accord Chief Anthony Akhakon Anenih a state burial as well as the involvement in the funeral, by the Governments of Akwa Ibom, Bayelsa, Cross River, Delta and Rivers States.

As a corollary, therefore, Tuesday, November 27, 2018 has been fixed for a Vigil Mass and a session of Tributes at the Ecumenical Centre, in Abuja, at 5 pm.

This will be followed on Friday, November 30, 2018, at University of Benin Sports Complex, Ugbowo, Edo State by the ceremonies of lying-in-state from 1 pm, Requiem Mass at 4 pm while Tribute session starts at 5 pm.

On Saturday, December 1, 2018, the body will leave for a Funeral Requiem at St. Anthony Catholic Cathedral, Uromi, at 12 noon, to be followed immediately by interment in the Mausoleum and Reception at Ahojie Stadium, Uromi.

Family announces burial arrangements for late chief Anthony Anenih
Share
Subscribe to our newsletter
Sign up here to get the latest news, updates and special offers delivered directly to your inbox.
You can unsubscribe at any time