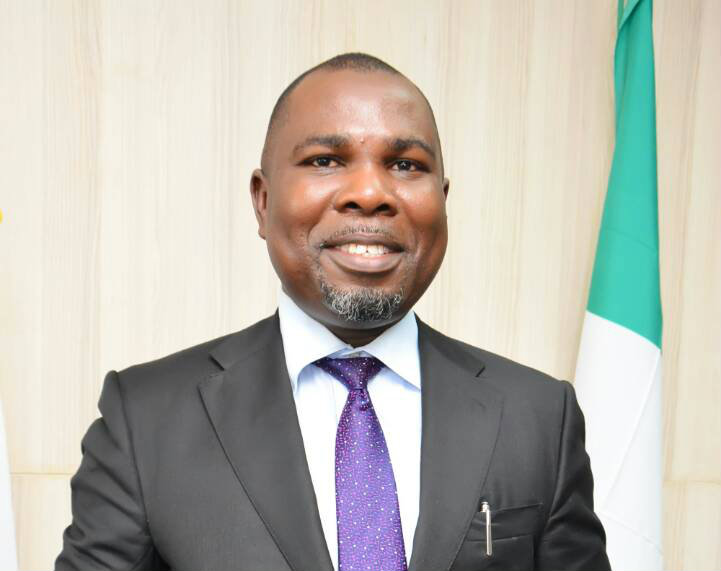 Share
By Bayo Adeyinka
It is not always that we see integrity, brilliance, capacity and performance all residing at the same time in one person, both in the public and private sectors of our economy.  This rarity in our land speaks volumes about our distorted value system as a nation and the criminal acquiescence in the “business-as-usual” syndrome that has become a directive principle of state policy.
Don't Miss

That sad narrative has continued to project our commonality and national consciousness as compromised. We therefore communally approbate any government that resorts to verbal exhortations about doing things differently; only to end up as one of the same tragic scenario.

While it has always been tough to throw down the gauntlet to public officials on the question of fairness, honesty, accountability, probity, loyalty and love of country, which are sine qua non for purposeful national development, the gravitas of the President Muhammadu Buhari administration in those spheres has rubbed off positively on the Federal Government’s administrative infrastructures.

The example of the Niger Delta Development Commission (NDDC) is compelling. This is because an extraordinary “local content” guru in the person of Engr Dr Samuel Adjogbe, FNSE, the Executive Director – Projects, has deployed the magnitude of his integrity, brilliance and capacity in the conceptualization and execution of critical projects by the Commission in the Niger Delta region.

It is important to celebrate and encourage Adjogbe’s “local content” persona in appreciation of the corpus of patriotic Nigerians who passed through the mills at home, especially through our educational system, and became capacitated by the knowledge gained from there.

Adjogbe did not travel out of the country for his academic pursuits.  He obtained his B.Eng., M.Eng. and PhD in Mechanical Engineering (Industrial and Production Engineering) in Nigeria from the Federal University of Technology, Owerri, in 1998, 2008 and 2017 respectively. That singular action speaks to his patriotism. Prior to these academic achievements, he had attended the prestigious Government College, Ughelli, from 1985 to 1991. He was a Shell scholar from 1992 to 1998 and a trainee of the Shell Intensive Training Programme (SITP/1), Warri, Delta State from 2002 to 2003 with specialization in Engineering.

These would, all along, in his work experience, make him an archetypical “local content” guru as he deployed his services in the operation of some multi-national companies, including Chevron Nigeria Limited, and some other Nigerian companies, before berthing in 2016 on the shoreline of the NDDC, a public sector engagement.

Adjogbe, no doubt, prepared himself for his private and public sector participation. He had put his nose to the grindstone, building up his mental capacity for the practical engineering experimentations. He is a registered engineer by the Council for the Regulation of Engineering in Nigeria (COREN) and a fellow of both the Nigeria Institution of Mechanical Engineers (NIMechE) and the Nigerian Society of Engineers (NSE). He is also a corporate member of both the American Society of Mechanical Engineers (ASME) and the National Society of Black Engineers (NSBE).

There is no doubt that Adjogbe has a restless mind.  He is also enamored of adventurism in quest for innate and profound self-fulfillment.  That would explain his rich work experience and his stint with partisan politics when he aspired to represent his constituents in the Delta House of Assembly in 2014; though, he did not clinch the ticket.  But his current preoccupation as Executive Director, Projects, in the NDDC, has certainly put him in a position where active political participation beckons.

It is only a question of time and Adjogbe will be overwhelmed by the feelings of infirmities of his people who are presently looking to him to use his position to better their lots in particular and the entire Niger Delta region in general. Since his appointment in 2016, he has remained committed to equitable conceptualization and execution of NDDC projects in all member states of the Niger Delta region.

Working in harmony with the leadership of the Commission, Adjogbe is strategically poised to deliver.  The Commission is lucky to have a rounded professional, a round peg in a round hole, to attend to its projects conceptualization and execution processes. Adjogbe has the distinction of having worked in terrains that are similar to the current one.  It is a matter of interpolating the body of experience gained to positively affect the ongoing exertions.

Overall, the most significant thing in the Adjogbe work trajectory is *not* the calibre of places he had worked.  In fact, it is not news that he worked in various capacities as a Design Engineer, Construction Engineer, Project Engineer, Lead Project Engineer and Pipeline Integrity Engineer both as a consultant and an employee of Chevron Nigeria Limited from 2006 to 2016, where he was involved in the management of Engineering, Procurement, Installation and Commissioning (EPIC) of small, medium and major capital projects at different phases, both in onshore and offshore locations in the Niger Delta region.

It is also not news that prior to joining Chevron Nigeria Limited, he had worked as a Facilities Engineer with Texaco Overseas Nigeria Petroleum Unlimited, Warri from 1999 to 2000 during his National Youth Service Corps (NYSC) primary assignment and a Facilities Engineer to an Oil & Gas Services Company in Warri and rose to a General Manager (Projects) from 2004 to 2006.

Besides, he was a two-time attaché to Nigerian Gas Limited (a subsidiary of Nigerian National Petroleum Corporation), Ughelli, in 1995 and 1996.

The news is that the NDDC has in its project conceptualization and execution administrative infrastructure, a brilliant, honest and capacitated man who can break the glass ceiling and whose limit is the sky.

Further validations: at various intersections, he had attended and made several project management presentations at both international and local conferences. Notable presentations were on the “Community Involvement in the Delivering of Industry Leading Projects” – Houston, Texas, USA in 2011 and “Succeeding with Marginal Contractors in Niger Delta Region” – Lekki, Lagos, Nigeria in 2013. He was an Instructor in the Project Execution Fundamentals and Empowerment for Job Creation courses, among others, at the Delta State University, Oleh Campus, organized by the Facilities Engineering Human Capital Development Initiative (FUHCADI) of Chevron Nigeria Limited in 2012 and 2013.

Some of the icings on the cake were his attendance of several training programmes in project and construction management. The wait for this: he has the capacity for negotiation –  he is a renowned tactful negotiator, cost management leader, project risks manager, work-place manager, an author, a researcher, an instructor and a grassroots representation crusader.

It is a matter of record that Adjogbe had facilitated several best practices and value improving practice workshops in the oil and gas industry. He was, indeed, until his appointment into the NDDC, a senior Engineer with Chevron Nigeria Limited, where he received several job performance recognitions and awards.

There are so many other awards by the National Association of Nigerian Students (NANS, Zone B); Nigeria Youth Congress; Events International Magazine; the Nigerian Institution of Highway and Transportation Engineers; the Nigerian Institution of Mechanical Engineers; African Child Foundation; Isoko Development Union; Urhobowood International Foundation; the Niger Delta Youth Movement and the Delta Online Publishers’ Forum, among others.

Adjogbe, a native of Evwreni in Ughelli North Local Government Area of Delta State holds the chieftaincy titles of the Oyinvwin of Ughelli Ughievwen and Igbide Kingdoms of Delta State.

Engr Dr Samuel AdjogbeNDDC
Share
Subscribe to our newsletter
Sign up here to get the latest news, updates and special offers delivered directly to your inbox.
You can unsubscribe at any time