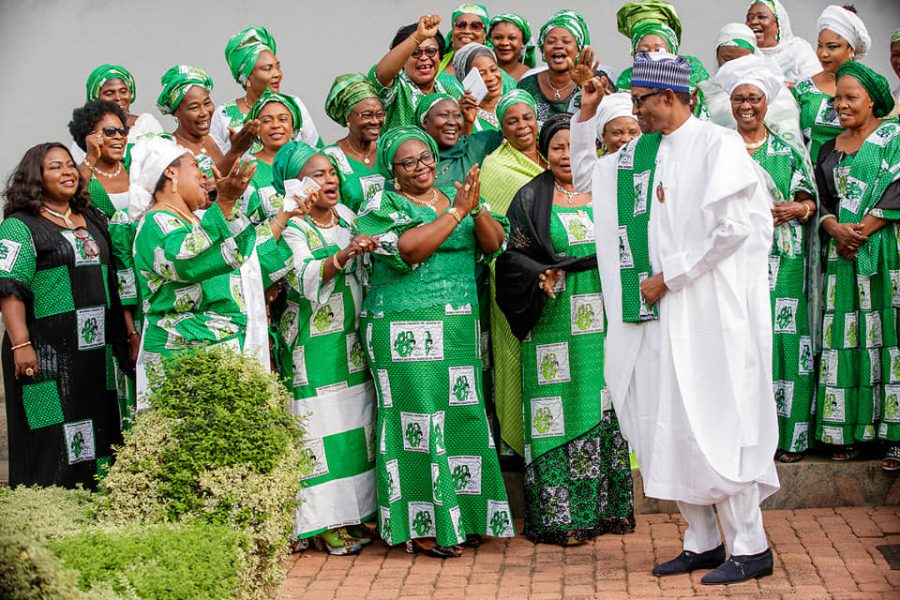 Women under the auspices of National Council for Women Societies (NCWS) have taken their grievances on federal government’s slow pace action on gender based issues, especially violence against the female folks, President Muhammadu Buhari.

The women who paid a courtesy call on him

Thursday, in Abuja complain that the social injustices meted out against them were becoming unbearable.

Laraba Shoda, National President NCWS who led the delegation to meet with the President, said day-in-day-out, vulnerable women still face sexual molestation either in schools, streets, homes, public transport and the Internally Displaced Persons (IDP) camps all of which was jeopardizing their safety and security as human beings.

Shoda cited the case of 13 year old Elizabeth Ochanya who was allegedly raped till she passed on by her uncle and his son in Benue state recently, as well as Seun Ajila, who was also raped and killed in Akure two weeks ago.

She also complained about the shoddy implementation of the 35 percent affirmative order, insisting that the appointment of more women in Buhari’s cabinet will guarantee their support for his re-election in 2019.

The women requested Buhari to fill three vacant ministerial positions in his cabinet with women before the end of 2018, claiming there is presently a deficit of women representation in the government.

She said “Nigeria is yet to fulfill the target of 35 percent of women in decision-making posts in the executive. The three women who vacated their ministerial posts for various reasons have not been replaced.

“You know we are the foot soldiers and as women, we come out to vote. If you do this for us, we will gladly come out en-mass to vote for you,” she stressed.

The NCWS President continued that “we appeal to you to please champion the inclusion and participation of more women in your cabinet, public office and board appointments, can we also leave here with hope that these three (3) ministerial vacancies will be filled before the end of this year,”.

Shoda told President Buhari that Nigerian women were not happy over the manner major political parties treated them during the last primary elections held across the country.

“The major parties charged exorbitant fees for forms and other levies after which a lot of women were either dropped or asked to withdraw. This is why the 35 percent affirmative action is key for Nigerian women political advancement, this is done in other countries,” she added.

According to her, there was need for the federal government to make a law that will domesticate the implementation of the affirmative action in the 36 states of the federation.

President Buhari in his remark pledged to do more for women in order to enhance their development as mothers.

Commenting on cases of women abuse raised by the women group, the Nigerian leader immediately directed the Nigeria Police to be up to its responsibilities in that regard, to find lasting solution to the problem.

He said: “I have taken note of the observation you made about the abuse of women in displaced persons camps and I am encouraging the Police to be much more efficient and something is being done about that.”

The President, who thanked the NCWS for the courtesy visit, said the provision of soft loans to farmers has gone a long way in boosting agricultural activities across the country.

He said women would also be given more loads next farming season, to enable them reap more benefits of agriculture.

“What I do now is I ask the Minister of Agriculture to go to states, identify people with the cooperation of local leaderships and give loans. We saw the practical results by the amount of imports we have cut especially that of rice. People went back to the farm and none of them has regretted it. I don’t think women have been marginalised in that regard but I will take it up with the Minister of agriculture and rural development and we will certainly improve the situation next year’s farming season,” he assured the women.

President Buhari informed his guests that in order not to deplete the Ministerial positions allocated to women in his cabinet, the two Ministers that left,  that of Women Affairs and her Finance counterpart had since been replaced by two other women. 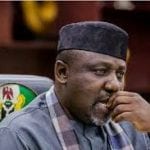 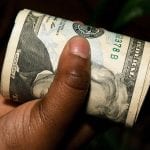