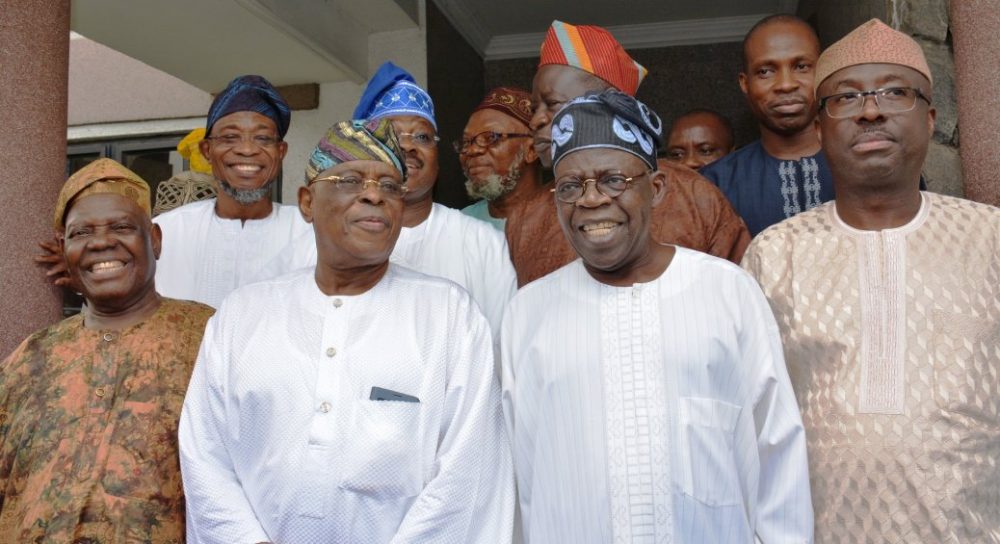 The Governor of Ogun State, Senator Ibikunle Amosun, assailed National Leader of the All Progressives Congress, Asiwaju Ahmed Tinubu, and a former governor of Ogun state, Segun Osoba on Monday urging the duo to deliver a vital check on their abuses of power and restore a sense of sanity to politics in the party.

Amosun accused Oshiomhole of “conniving with a cabal in Lagos” to write a fake result which produced Dapo Abiodun as the party’s candidate for the 2019 governorship election.

He attacked Tinubu and Osoba over alleged complicity in electoral fraud in the state.

“The President already knows there was no election in Ogun State. He knows that they just went to Lagos; wrote all results, and that what they did was fraud, Amosun said.

“If the National Working Committee or the national chairman said there was any election in Ogun State, it was all fraud. That is what I said.”

He alleged that the silence of the two party leaders, who were aware of what transpired in the state with respect to the primary, smacked of complicity.

“The issue of Chief Osoba and Asiwaju and co, what we said was that there was a definite silence from their end, and silence means consent. You can record me and publish it in your newspapers.

“We have not heard one word from any of them. Was there any election in Ogun State? ‘Yes’ or ‘No?’ They should come out and those that are hiding behind one finger, they cannot come out?”

Amosun said this in an interview with The Punch shortly after swearing-in the new Chief Judge of the state, Mosunmola Dipeolu, in the Governor’s Office chamber in Oke-Mosan, Abeokuta on Monday.

Amosun launches scathing attack on TinubuOsoba
Share
Subscribe to our newsletter
Sign up here to get the latest news, updates and special offers delivered directly to your inbox.
You can unsubscribe at any time