What’s really driving NHIS chairman in her feud with the executive secretary? 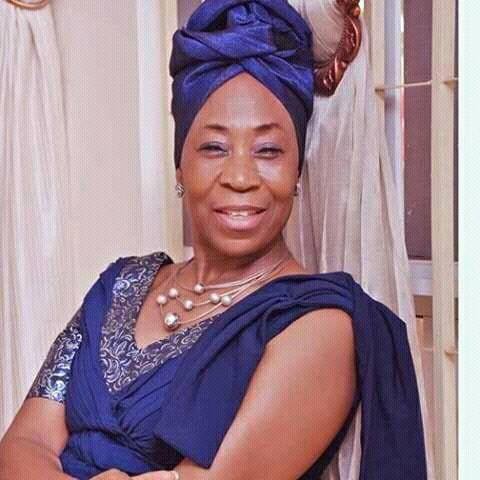 The resolve of the Executive Secretary of the National Health Insurance Scheme (NHIS), Prof. Usman Yusuf to re-accredit the Health Management Organizations(HMOs) and ensure the implementation of a security report which mandated the ES to recover the sum of N1.05 billion allegedly embezzled by some HMOs may have pitched him against the Chairman of the NHIS Council, Dr. Enyantu Ifenne.

The executive secretary was last Thursday reportedly suspended indefinitely on the order of the council chairman ostensibly to allow unfettered investigation into a petition said to have been written against him some staff of the NHIS.

In a letter cited by The Whistler an online newspaper and signed by NHIS Chairman, Dr Eyantu Ifenne, the Council said “in line with the public service rule 030406, has resolved to suspend you, Professor Usman Yusuf, indefinitely with effect from 18th October 2018 to allow for a comprehensive and unfettered investigation of the issues in the petitions against you.”

In his response to the letter of suspension, Prof. Yusuf stated that contrary to the claims of the council that the NHIS Act and the Public Service Rules no.030406 conferred on it the power to suspend the executive secretary, it had no such powers, stressing that only the President of the Federal Republic of Nigeria could order the suspension or removal of the ES.

Insiders with knowledge of the in-fighting in the NHIS explained that there was no love lost between the chairman of the council and the executive for reasons many of the staff consider as self-serving.

The most obvious reason, according to sources, is an alleged collusion between the chairman and HMOs which has considerably weakened the scheme but benefitted the HMOs. Since resuming as ES in 2016, Prof. Yusuf had indicated interest to sanitize the scheme and stop an alleged racket which had ensured that HMOs to NHIS funds for as long as they liked without paying hospitals offering service to enrollees in the scheme.

An internal audit carried out by the ES had also revealed a staggering number of ghost enrollees and hospitals while the HMOs continued to receive huge illegal payments. The Department of State Services (DSS) had also investigated the Scheme from 2013-2015, and one of the recommendations in its report is that HMOs should pay back the sum of N1.05b that they were illegally paid in 2015.

But it was learnt that even though the ES sought and got the council approval to recover NHIS funds and re-accredit the HMOs, the Chairman never supported the move. The Chairman reportedly called a Council meeting one week after the go-ahead was given and asked a representative of the HMOs to address them on why they should not pay back the money.

“The meeting was attended by only four of the 11 council members, and after the presentation the Chairman asked the HMOs not to pay back any money to NHIS,” a senior staff explained. On several occasions, the Chairman had also allegedly circulated council meetings among certain HMOs, an action that was frowned upon by the ES who warned against given undue access and advantage to some HMOs above others at a time they were being accredited.

The 11-member Council is the highest policy making organ of the agency. Other members of the Council include: Senator Bassey Otu; Mr. Lekan Ewenla, representing the Health and Managed Care Association of Nigeria; Comrade Joy Josaiah for the Nigeria Labour Congress; Arc. Samson Rufai and Nasir Adamu, representing the Office of the Head of Service of the Federation.

Prof. Yusuf’s resolve to stop the milking of the NHIS has expectedly led to deterioration in his relationship with the Chairman who allegedly constituted herself into a parallel administrative structure, calling management meetings and giving instructions to staff without regard to the ES who is the administrative head of the organization.

The Chairman’s disgust with Prof. Yusuf was so intense that she had at times referred to him as a “Fulani herdsman” in the presence of staff and had on occasions incited staff unions against him. A member of staff revealed that the Chairman “regularly meets with Unions in her house encouraging them to write petitions, hold press conferences paid for by HMOs and be insubordinate to Management.”

The reporter learnt that it was the behind-the-scene maneuvering of top staff of the NHIS that led to the suspension of Prof. Yusuf by the Minister of Health in July, 2017. He was later recalled to his post by the presidency in February, 2018 after investigations cleared him.

To further undermine the ES, she had regularly abused her privileged by disseminating council deliberations on the internet and among newsmen, an act which is a clear violation of PSR (030401 & 030402), which classifies such actions as ‘serious misconduct.’

Staff say the no-love-lost relationship between the Chairman and the ES has affected the operations of the NHIS as the former reportedly foot-drags on budget signing despite council approvals.

“This year is almost ending, and the Chairman has still not signed the budget that Management presented to Council since March. She has single handedly arrogated herself the sole power to approve the Scheme’s budget. There is nowhere in the NHIS Act that says the Chairman must sign the budget, power of approval is Council’s,” explained a distraught senior staff of NHIS.

Some management staff of NHIS revealed that it was no longer a secret in the organization that the Chairman was working for the interest of HMOs and their owners, which include former military President Ibrahim Badamosi Babangida and former Senate President, David Mark who happens to also be her kinsman.

According to sources, Dr Ifenne’s actions at the NHIS may be part of a deliberate strategy of the political enemies of the President Muhammadu Buhari administration to portray it as incapable of protecting workers’ interests. One of the sources cited a newspaper report where Dr. Ifenne was quoted suggesting that the President was unaware of the rot at the NHIS.

In what appears to be a confirmation of the claim, this reporter sighted documents where Dr. Ifenne was listed among board members of three of the companies owned by former Vice President Atiku Abubakar, now the Presidential Candidate of the main opposition Peoples Democratic Party(PDP) in the 2019 election. The businesses are: ABTI University, FARO Water and Radio Gotel.

Some of the owners of the biggest HMOs are politicians now in the camp of Abubakar. Dr Ifenne herself is said to be a card-carrying member of the PDP and a nominee of Abubakar.

Dr. Enyantu IfenneNHISProf. Usman Yusuf
Share
Subscribe to our newsletter
Sign up here to get the latest news, updates and special offers delivered directly to your inbox.
You can unsubscribe at any time

Buhari calls for unity among Nigerians