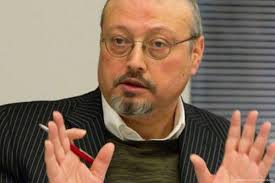 Khashoggi, a U.S. resident and leading critic of Prince Mohammed, vanished after entering the Saudi consulate in Istanbul on Oct. 2. Turkish officials say they believe the Saudi journalist was murdered there and his body removed, allegations which Saudi Arabia has strongly denied.

Khashoggi was last seen entering the consulate on Oct. 2 to get paperwork on his upcoming marriage. He never left.

Saudis said Friday that Khashoggi was killed in an interrogation gone wrong. A fight broke out that led to his death. The regime said 18 people had been arrested in the incident.

But their explanation left questions.

Where is Khashoggi’s body?

When Saudi officials admitted Khashoggi had been killed it in its consulate, they made no mention of where his remains were taken after the murder.

The Saudis said Friday that those arrested in the incident attempted to cover up the killing but didn’t go into the reported details that Khashoggi had been tortured and his body was cut into several pieces.

Saudi Arabia admits Jamal Khashoggi killed in Istanbul embassy
Share
Subscribe to our newsletter
Sign up here to get the latest news, updates and special offers delivered directly to your inbox.
You can unsubscribe at any time

What’s really driving NHIS chairman in her feud with the executive secretary?