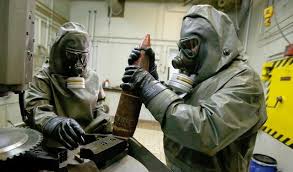 The Federal Government has expressed the hope that the Chemical and Biological Weapons Prohibition Bill currently before the National Assembly would be passed into law before the end of the 8th Assembly in June 2019.

It said the bill which is a step towards domesticating the Chemical Weapons Convention in line with Article VII of the CWCP, would also crimininalise chemical weapons activities undertaken by state and non-state actors.

The Head of the National Authority on Chemical and Biological Weapons Convention, Office of the Secretary to the Government of the Federation, Mr. Gabriel Aduda, stated this on Tuesday at a workshop on the role of implementing legislation on the chemical weapons convention in addressing threats arising from non-state actors workshop.

The workshop was organised by the Organisation for the Prohibition of Chemical Weapons in collaboration with NACBWC in Abuja.

Aduda, who is also the Permanent Secretary, Political and Economic Affairs, in the Office of the Secretary yo the Government Federation (OSGF), said when passed into law, the bill will proffer Nigeria a solid foundation on management of chemicals of security concern.

According to him, the challenges of chemical safety have immense socioeconomic economic and public health implications, which could only be efficiently addressed with enormous resources in terms of funding, institutional frameworks, human and infrastructural capacity.

Aduda said, “There has been a renewed calls on national governments on the continent to identify and seal up gaps in their legislative framework with a view to strengthening in-countries security architecture, to meet up with global challenges and prevent emerging threats from chemical terrorism, towards ensuring peace, security and stability.

“The Federal Government of Nigeria, in line with Article VII of the Chemical Weapons Convention, is in the process of domesticating the CWC and has long presented a Chemical and Biological Weapons Prohibition Bill to the National Assembly.

“The Bill has undergone several legislative processes and is currently at its final stage before passage into law. We are hopeful that this will be finalised before the end of the nation’s 8th Assembly by June 2019.

“The bill, when passed into law, proffers Nigeria a solid foundation on management of chemicals of security concern, it establishes laws that crimininalise chemical weapons activities undertaken by state and non-state actors, provide preventive as well as punitive measures for violation in areas such as use, trade and transportation of chemical weapons within its jurisdiction, among others.

“As you are all aware that chemical weapons attack can be catastrophic to humanity, I wish to draw your attention that challenges of chemical safety have immense socioeconomic economic and public health implications, which can only be effectively and efficiently addressed with enormous resources in terms of funding, institutional frameworks, human and infrastructural capacity.” 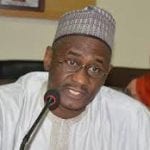 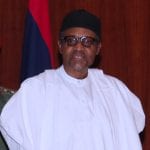