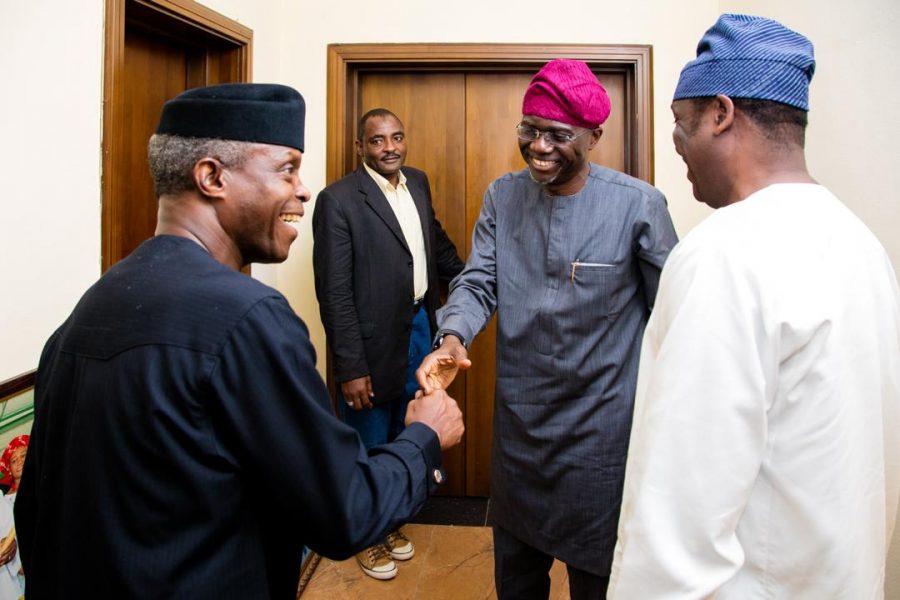 It looked as if Lagos APC gubernatorial aspirant Jide Sanwo-Olu had scored a big endorsement on Saturday, with his media team releasing photos of the aspirant and Vice President Yemi Osinbajo. The photos was blasted on all major social media platforms to show that the vice president gave thumbs –up to his candidacy.

If you think that implies the vice president has endorsed Sanwo-Olu, think again.

Vice-President Yemi Osinbajo has not endorsed anyone in the Lagos APC primary, a credible source familiar with the matter told Per Second News Saturday night.

“ Nor has the vice- president “approved any pictures, ads or mailers that might be perceived as an endorsement,” the source said.

“ Vice President Yemi Osinbajo today attended a meeting of the Lagos State General Advisory Council, GAC, where he had been invited by the elders on the council, he said.

“ Before the meeting, the Vice President who had been in Lagos to participate in the Presidential primaries in the State had met with Governors Akinwunmi Ambode and the APC National Leader Ashiwaju Ahmed Bola Tinubu.

“ APC gubernatorial aspirants Babajide Sanwo-Olu and Kunle Hamzat were also at the premises of the GAC meeting ahead of the Vice President’s arrival.

“It was while he was coming out of the meeting that Mr. Sanwo-Olu and Mr. Hamzat took advantage of the VP’S presence to take the photos which are now being falsely paraded as proof of endorsement.

“The VP did not go to endorse the candidate, they only took advantage of his presence,” the source revealed.

This newspaper learnt that the purpose of the VP’s attendance at the GAC was to report on a previous meeting held between him and Gov Aregbesola on how to resolve some of the outstanding issues around Governor Ambode‘s second term bid and its fallouts.

Vice –President Osinbajo at the meeting conveyed the view of the Buhari presidency that there should be a level playing field in the overall conduct of the primaries.

Dozens of APC leaders in Lagos hinted that the VP is believed to be supportive of the second term bid of the embattled governor.

Meanwhile, close associates of Ambode on Saturday said the governor is running for second term ” because he believes there are solutions to what ails us as Lagosians.”  “But they are not  APC solutions, or PDP solutions. They are Lagos solutions – to just about everything – answers that almost all of us can agree on.”

Per Second News gathered that the forces trying to deny the governor a second term is also behind the heart of a brewing hostile bureaucratic network that has been operating in the shadows. Ambode’s determination to transform the government, wipe out the swamp, and reduce the power of the bureaucratic machine has set him on a collision course with some party members and powerful leaders resistant to the Lagos people’s agenda.

The Ambode Mandate Support Group on Saturday said that the sudden turn of events didn’t augur well for democracy and party unity, according to the group’s DG Hakeem Sulaimon.

“They (GAC members) were the ones who asked before now that why the governor was afraid of primary and that was why he said he was ready for the primary. The next question we should ask is why are they afraid of primary?’’ 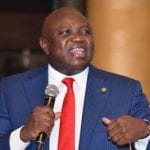