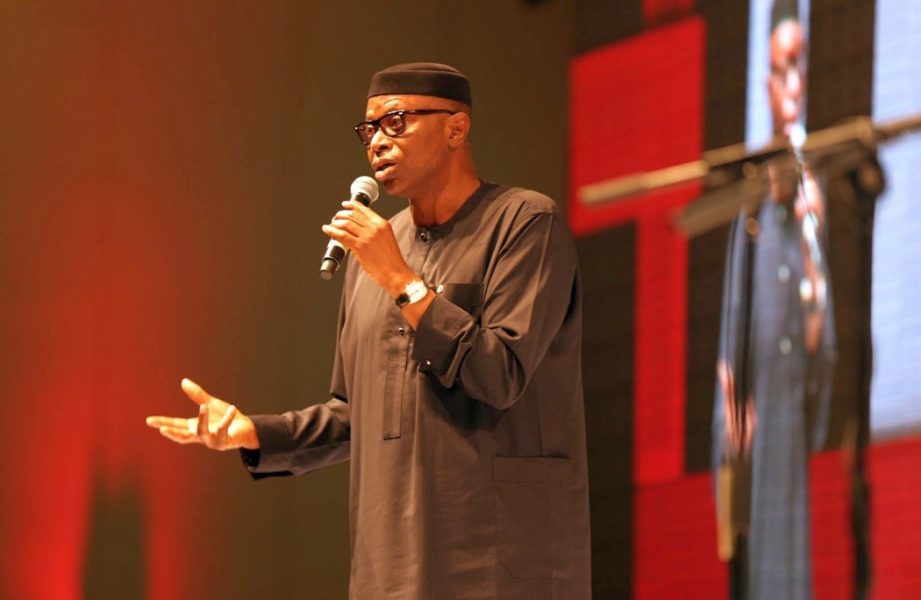 The Nigeria Labour Congress (NLC) and factional leaders of Labour Party on Thursday hardened its position against the presidential bid of former Ondo governor Olusegun Mimiko.

Stakeholders of the party who converged at headquarters of the Nigeria Labour Congress, Abuja also kicked against the situation, where Abdulkadir Abdulsalam, a factional chairman of the party, have been allegedly fleecing unsuspecting Nigerians of their money, selling nomination forms without the approval of the relevant organs of the party.

They described the Abdulsalam’s action as fraudulent, warning Nigerians to disregard the purported party convention slated for 13th September, 2018.

“It has become necessary for the leadership of the Labour Party to draw the attention of the general public to the fraudulent collection of Expression of Interest and Nomination Form fees from innocent and unsuspecting political aspirants, who desire to contest various elective positions under the Labour Party, by Alhaji A. A. Salam, the former national chairman of the party.

“It will be recalled that A. A. Salam was removed at the special national convention of the party held on 3rd October, 2017, the legality of which was confirmed by the INEC report, presented by the three INEC officials that were detailed to supervise its conduct.

Recall that Mimiko on expiration of his tenure as governor of Ondo state dumped Labour party for the People’s Democratic Party (PDP) only to return to the party recently to control the party structure.

The development which did not go down well with the NLC and the party stakeholders prompted the reactions.

“Credible information reaching us revealed that A. A. Salam has concluded arrangements to pull a rented crowd to declare Olusegun Mimiko as the Labour Party’s Presidential Candidate.

“This illegal event is schedule to hold in Abuja on Thursday, 13th September, 2018. This is a total violation of Article 27, section 1, subsection i & ii of the Labour Party’s constitution, which stipulates as follows: ‘aspirants for presidential election shall be nominated as candidate for the party at the national convention.

“Where the National Executive Council identifies a credible and nationally acceptable person, it shall nominate and present such a person for ratification only at the national convention as the party’s presidential candidate.

“In the light if the above violations and open disregard to the constitution of the party, the leadership of the Labour Party wishes to state as follows: ‘That all Labour Party National Working Committee members, State officials in the 36 states of the federation including Abuja, Local Government excos and all ward excos throughout the federation should disregard the illegal gathering being summoned by A. A. Salam and Julius Abure.

“That all intending aspirants/candidates, willing to contest elections under Labour Party, should desist from dealing with A. A. Salam and Julius Abure on election matters. Whoever males payments to them does so at their own risk.

“Similarly, the party hereby disowns and reject Olusegun Mimiko as its presidential candidate, since neither the national executive council nor the national convention is notified, as provided in the party’s constitution referred to above.”

“Be informed also that a court contempt proceeding has been served on A. A. Salam and his gang leaders. Any attempt by them to convene an illegal NEC convention or any gathering of such similitude will amount to a court contempt and a total disregard for the rule of law,” Ifendu said.

Ifendu explained that Founder, custodian and promoter of the party, the NLC had to intervene in the crisis to save the image of the party.

“During the intervention, the Federal High Court, Abuja granted a consent judgment, which gave the Nigeria Labour Congress the full ownership of the party. As part of the judgment, it was stipulated in paragraph 2 of the agreement that ‘an expansive and inclusive national convention’ be convened, to nail all outstanding grey areas, to create to for peaceful co-existence.

“Consequently, a reconciliation meeting if all parties was convened by the NLC and its political commission. The meeting was held at Top Rank Hotel, Area 11, Gimbiya street, Abuja.

“It was resolved at that meeting that A. A. Salam and Julius Abure should write to convene the national executive council meeting (NEC), to deliberate and select a date for this all-inclusive and expansive national convention, in line with the Consent judgment delivered by the Abuja Federal High Court, on 20th March, 2018. Since then, all efforts to get Salam and Abure to extend invitations for the NEC meeting proved abortive,” she noted.

Labour Party Rejects His CandidacyMimiko's Race For President 'Dead on Arrival' as NLC
Share
Subscribe to our newsletter
Sign up here to get the latest news, updates and special offers delivered directly to your inbox.
You can unsubscribe at any time