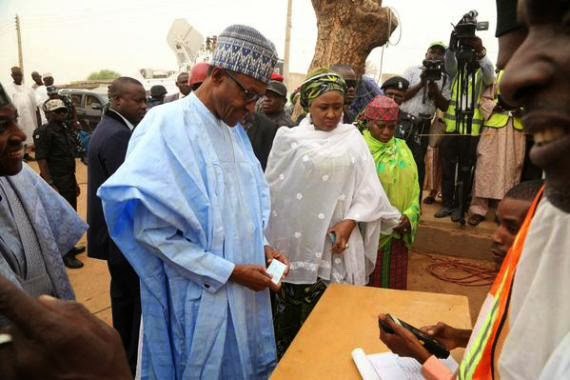 As the Buhari administration has battled internally and seesawed publicly over issues like security, economy, recession, trade, health care, and even infrastructure, there’s no issue where it’s been more consistent and emphatic than its support for ‘Card Reader’, spokesperson Garba Shehu assured Sunday.

” The President is the country’s number one fan of the card reader. For a candidate who ran three times and “lost” in an electoral environment in which votes were allocated and losers asked to go to court if they felt unhappy, the President knows fully well the role that the card reader played in his emergence in 2015, the Presidency said.

” He has said times without number that he would strengthen and widen its application in the country and this, he is determined to do, said Garba Shehu, Senior Special Assistant to the President on (Media & Publicity).

The presidency was responding to reports by politicians that President Muhammadu Buhari is against e-voting, the use of card readers in the upcoming elections, hence his decision to decline assent, for the third time, to the Electoral Act (Amendment) Bill 2018.

” We wish to state in clear and unambiguous terms that the issue of e-voting and use of card readers was NEVER an issue for the President’s decision to decline assent to the Bill, the statement said.

” It is equally important that this issue was not raised either by the Executive or the Legislature in the recent reviews. Moreover, the Independent National Electoral Commission (INEC) adoption of e-voting reforms is enshrined in the 2015 Amendment Act to the Electoral Reform Act. Card reader is therefore a settled matter.

” The President’s recent decision to decline assent to the Bill has no effect whatsoever on INEC’s use of card readers.”

Buhari's Love Affair With Card Reader RevealedElections
Share
Subscribe to our newsletter
Sign up here to get the latest news, updates and special offers delivered directly to your inbox.
You can unsubscribe at any time

Who is Afraid of Direct Primary Elections?