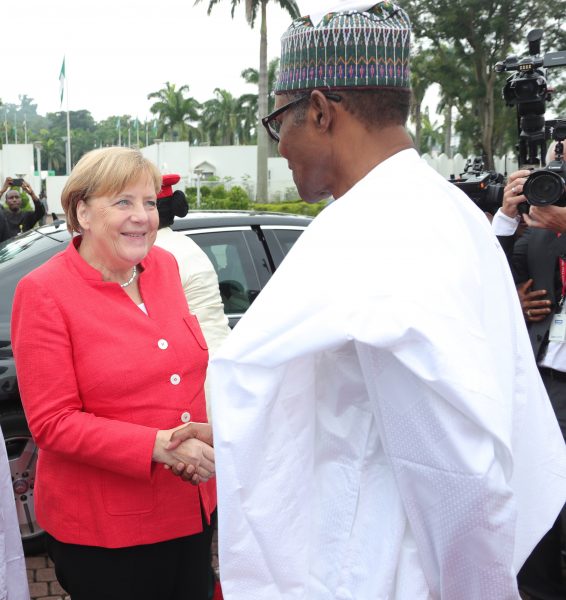 President Muhammadu Buhari on Friday reiterated his administration’s stance against illegal immigration, warning that those who continue to take the risk of going through the Sahara desert and the Mediterranean Sea are on their own.

“Firstly I’m against those my country men and women that illegally travel to Europe, he said during a joint press conference at the end of bilateral talks with the German Chancellor, Ms Angela Merkel, at the Presidential Villa, Abuja.

” I believe you know the Ecowas protocol encourages free movement of persons, goods and services. But for those going to Europe we are not as an administration agreeing with those who continue to defy the Sahara dessert and the  Mediterranean because they feel they are greener pastures there whether they are prepared for it or not. We do not support anything illegal and indiscipline.

Buhari who disclosed that over 3,000 illegal migrants stranded in Libya have been repatriated back to the country, however assured that those who run into trouble waters and want to return home will be repatriated back home and sent to their local government areas.

“You must recall that about six weeks ago we repatriated about 3,000 Nigerians that were stuck  in Libya on their way to Europe. You must have read in the papers and watch on the television the number of Nigerians lost in the Mediterranean. We have made it very clear that we do not support anything illegal and anybody who feels this country does not offer him what he should to be offered as a citizen and decide to defy the desert and the Mediterranean is doing it at his own risk. But if he is stuck somewhere in Libya between his final destination and Nigeria, we will rescue him and bring him back home and send him back to his local government.”

The German Chancellor in her remarks earlier, described Nigeria as a very important country in Africa hence the need to maintain a good a good and cordial relationship.

She commended Nigeria’s success in producing food that is needed in the country which necessitated the important cooperation in agriculture as well as manufacturing  Volkswagen cars in Nigeria.

Merkel describes Nigeria as an important trading partner in Africa and a young country that is very ambitious, disclosing that her discussions with President Buhari also centered on how to address the problems of migration by providing jobs.

The Chancellor who spoke in German also noted that  the security challenges Nigeria is facing and the achievements the Buhari’s administration has made in tackling Boko Haram.

She said currently, 12,000 Nigerians  were studying in Germany through scholarships and her government intends to increase that number.

She also talked President Buhari who is also the current ECOWAS chair, for the country’s efforts to resolved issues within the region thereby maintaining peace in the region.

On the 2019 elections, Merkel said they both discussion the importance of free and fair elections which she said will

Impact positively on the nation’s youths.

Meanwhile, Nigeria and Germany on Friday signed two Memoranda of Understanding in agriculture and commerce as part of the visit of the German Chancellor, Angela Merkel to Nigeria.

The first agreement was signed between the Nigerian Association of Chambers of Commerce, Industry, Mines and Agriculture, (NACCIMA) and the German-Africa Business Association. 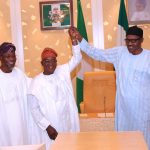 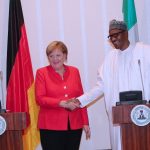