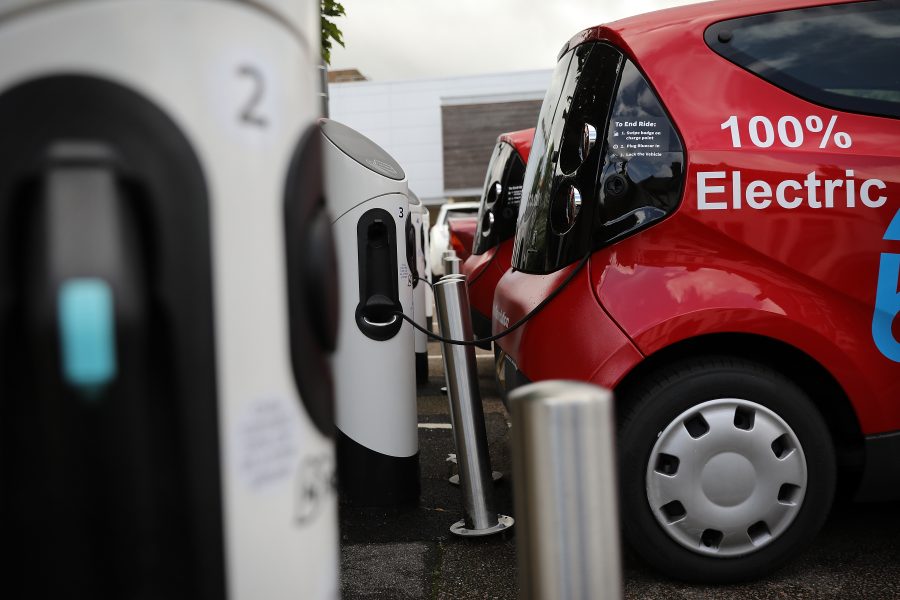 LONDON, ENGLAND - AUGUST 17: A charging plug connects an electric vehicle (EV) to a charging station on August 17, 2017 in London, England. A study commissioned by power generation company Drax shows that current electric car models are twice as green as they were five years ago. (Photo by Dan Kitwood/Getty Images)

As long as Nigeria fails to develop its gas sector as ‘transition’ fuel, it remains at risk of increased declined in revenue as the world’s demand electric vehicles (EVs) are expected to rise to 100 million units by 2030, effectively leading to a significant decline in world’s demand for gasoline and diesel.

With the world moving to low carbon future, following 2015 UN Paris Climate Change Summit, global transport is expected to be dominated by electric vehicles. Additionally, the world will continue to depend a lot more electricity generated significantly from renewable energy sources, according World Economic Forum (WEF).

Statistics from the International Energy Agency (IEA) indicates that more than 100 million electric vehicles will be available worldwide by 2030 and the number is expected to grow by 100 million every five years.

Consequently, Nigeria’s biggest buyers of crude oil, China and India will possibly have to drop Nigerian oil as they are expected to have more than half the IEA number.

The global energy market has experienced and will continue to experience a rapid change in the complexion of global energy within the next decade and beyond, therefore, the need for the Nigerian its petroleum industry to transition to renewable energy, the Centre for Petroleum Information (CPI) cautioned.

As the cleanest of fossil fuels, gas is expected to stay relevant in the transition to a low carbon future; and this gives Nigeria the opportunity to play in the renewable energy market as the West African nation is the fifth largest Liquefied Natural Gas (LNG) supplier.

It will be recalled that Nigeria last month signed a front-end engineering and design (FEED) contracts with two consortia towards the realisation of Final Investment Decision (FID) for the 7.7-MTPA Train 7 expansion of the Bonny Island plant.

Speaking at a recently held Petroleum Policy Roundtable organised by the CPI in Lagos, the past President of the African Refining Association, Anthony Ogbuigwe, said “there would be a significant drop in the demand for gasoline (PMS) and diesel,” and “the emphasis would necessarily shift to petrochemicals.”

This effectively calls for a rethink of renewable energy strategy at the Nigerian National Petroleum Corporation (NNPC). The corporation “should consider partnering with IOCs such as Total to get utility-scale solar power projects off the drawing board, in consonance with the now urgent demands of a low carbon future,” CPI said.

The roundtable also recommended that the Nigerian petroleum industry replicates Azura-Edo IPP gas supply model and calls for more support for gas to power arrangements, such as that between Seplat and the hugely successful Azura-Edo independent power plant.

“The ‘willing buyer, willing seller’ gas pricing model worked well (as Azura is the only power plant in Nigeria without gas supply issues) and ought to be replicated for all such new gas to power projects. Nigeria must learn to celebrate and build on its success,” it said.