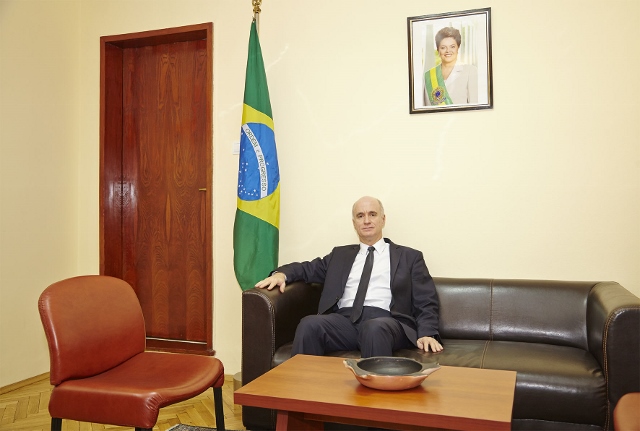 Share
By Ruth Olurounbi
Nigeria is said to be in the middle of a bilateral agreement negotiations with the Brazilian government to secure $1.1 billion agriculture package to deliver agricultural equipment and machinery to be assembled in the West African nation, in addition to farm inputs and services, Business Day newspaper reported, citing Brazilian Ambassador to Nigeria, Richardo Guerra de Araujo.
Don't Miss

Sep 24, 2022
The project cost is expected to be divided into three tranches – $420 million for the first tranche, $343 million for the second and third tranches respectively and will be financed by the Brazilian Exim-Bank (BNDES).
People familiar with the negotiations at the ministry of agriculture but are not allowed to speak on record said the Central Bank of Nigeria will make available concessional resources through local banks to cover the working capital of farm inputs which will include fertilizers, seeds and pesticides.
The term of financing is proposed for 13 years including two years of grace period and 10 years of repayment plan.
The agreement is expected to be signed before the last quarter of the year.
Nigeria in $1.1bn agric package deal with Brazil
Share
Subscribe to our newsletter
Sign up here to get the latest news, updates and special offers delivered directly to your inbox.
You can unsubscribe at any time

Nigeria at risk, as over 100 million electric vehicles hit global market by 2030