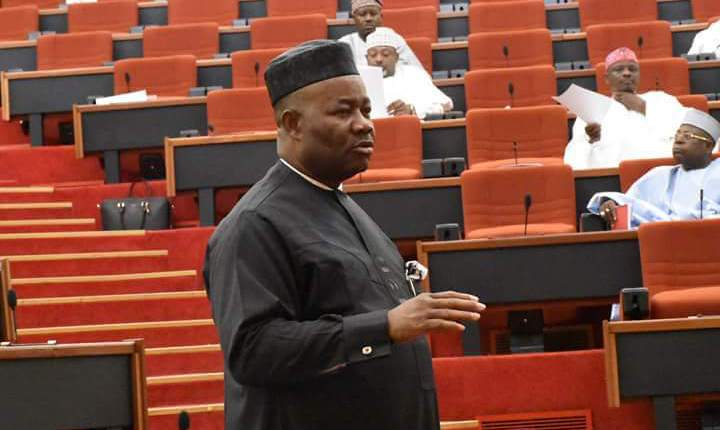 Former governor of Akwa Ibom state, Senator Goodwill Obot Akpabio, said that the arrogance of the opposition PDP leaders is getting out of control and reason why he dumped the party. He said that the PDP of today had no vision and the leadership was replete with arrogance.

Akpabio pledged to take the people of Akwa Ibom state and the South-South to the centre for meaningful visibility.

Akpabio said that he decided to join a party that would sweep away poverty and impunity at a rally to welcome him to the ruling APC party at the Ikon Ekpene stadium.

He said that he joined APC to help salvage the country.

“The country is at war and all the hands must be on deck to salvage the situation and not to aggravate it.

The former governor said he discovered that President Muhammadu Buhari “is a man of integrity and a nationalist’’.

lack vision says AkpabioPDP leaders arrogance out of control
Share
Subscribe to our newsletter
Sign up here to get the latest news, updates and special offers delivered directly to your inbox.
You can unsubscribe at any time