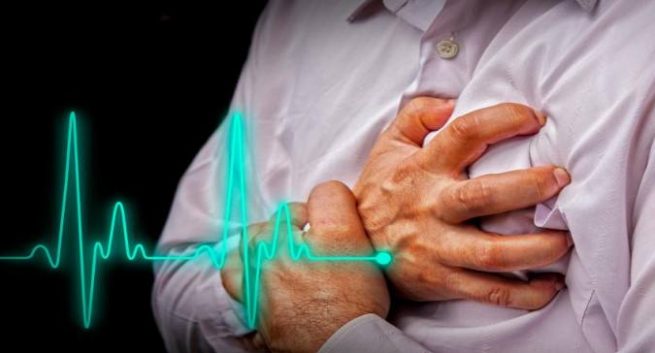 By Amy Norton
A new blood test can help doctors more quickly determine whether patients with chest pain are having a heart attack, according to new study in the United States.

The tests detects a protein called troponin, which is released into the blood when the heart muscle is damaged — by a heart attack.

But while the conventional troponin test takes three hours, the high-sensitivity version can give results in less than an hour.

The hope with the new test is to more quickly rule out a heart attack in those patients, Vigen said.

“If we can give patients and families an answer sooner, that would be a good thing,” said Vigen, a cardiologist at the University of Texas Southwestern Medical Center.

High-sensitivity troponin tests have been available in Europe and elsewhere for years. But the first such test in the United States, marketed by Roche Diagnostics, was just approved last year.

In the new study, Vigen’s team gauged how well that blood test is performing among patients at their Dallas hospital system. It used both the standard test and the high-sensitivity version to measure troponin levels in 536 patients who arrived at the emergency department with chest pain, shortness of breath or other possible heart attack symptoms.

Patients’ troponin levels were measured when they arrived at the ER, and then again one and three hours later. The high-sensitivity test yielded results in about 30 minutes, Vigen said.

Overall, the study found, that initial high-sensitivity test ruled out a heart attack in 30 percent of patients. The second, done at the one-hour mark, put another 25 percent in the clear.

By the three-hour point, the high-sensitivity test had ruled out a heart attack in 84 percent of patients — versus 80 percent with the conventional test.

The other patients had abnormal troponin results and received further evaluation. In the end, 2 percent were diagnosed with a heart attack, while others had heart-muscle damage from other causes.
The high-sensitivity test did not miss any heart attacks, Vigen said.

Dr. Christopher Granger is a cardiologist at Duke University in Durham, N.C. He also serves on the American College of Cardiology/American Heart Association guideline committee for heart attack care.

Granger said only a limited number of U.S. hospitals now have the high-sensitivity troponin test.

“But I expect it will be rapidly adopted over the next few years,” said Granger, who was not involved in the study.

Evidence from Europe already shows the benefits of high-sensitivity tests, he noted. “It has substantially improved the efficiency of care,” Granger said.

The test can help speed a heart attack diagnosis. But the biggest advantage, according to Granger, is that it more quickly rules out a heart attack in the many patients who are not having one.

“And that’s important to patients and their families,” he said.

One hope, Granger noted, is that the quicker test will encourage people with possible heart attack symptoms to call 911 and get help immediately. As it stands, people often dismiss symptoms because they don’t want to go the ER.

The study was published online Aug. 6 in the journal Circulation. Some of its co-authors have financial relationships with Roche.