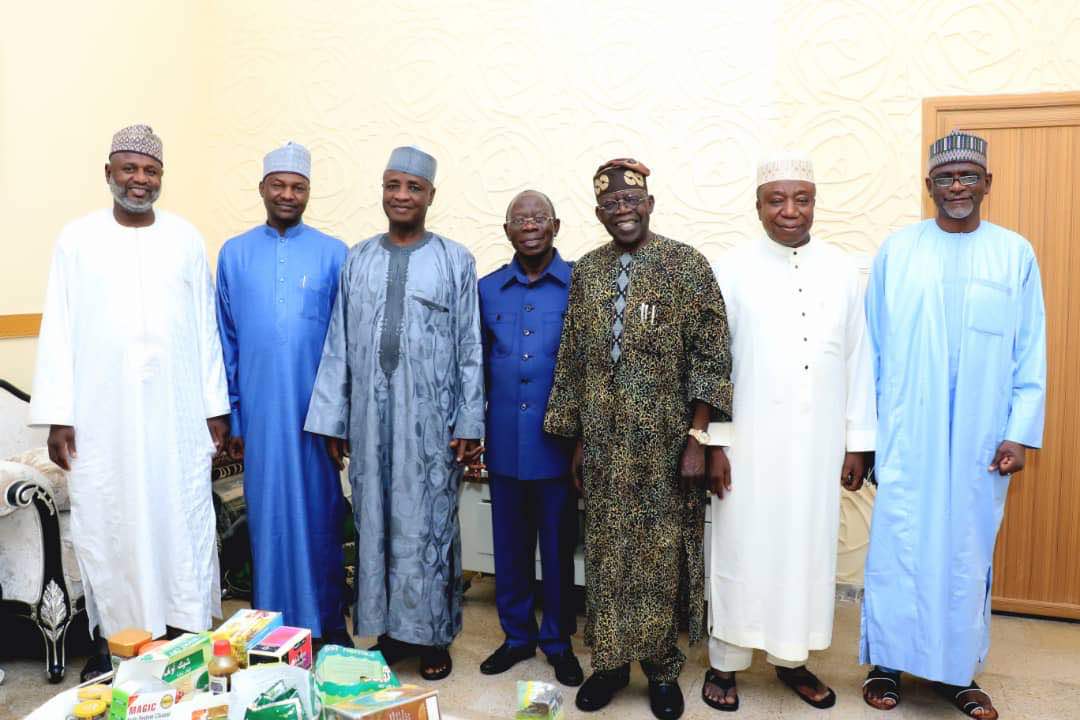 APC leaders led by the National Chairman, Adams Oshiomhole, Alhaji Bola Tinubu and Attorney General of the Federation, Abubakar Malami, has met with Former governor of Sokoto state, Sen. Aliyu Magatakarda Wamakko at his Asokoro-Abuja residence as they scrambled to save the party from further crises.

They also discussed plans to combat the contagion of members decamping to the PDP, Per Second News gathered on Saturday.

Exclusive Photos obtained by Per Second News below show the leaders truce meeting with Senator Wammakko at his Asokoro residence and also with Senator Rabiu Kwankwaso both aggrieved members who are on their way out of the party.

It is believed the duo has been offered automatic ticket back to the senate. 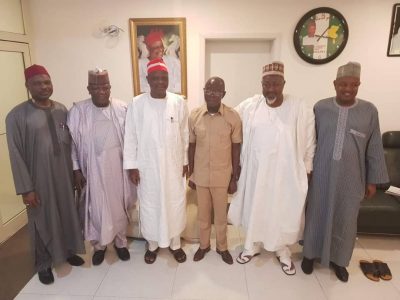