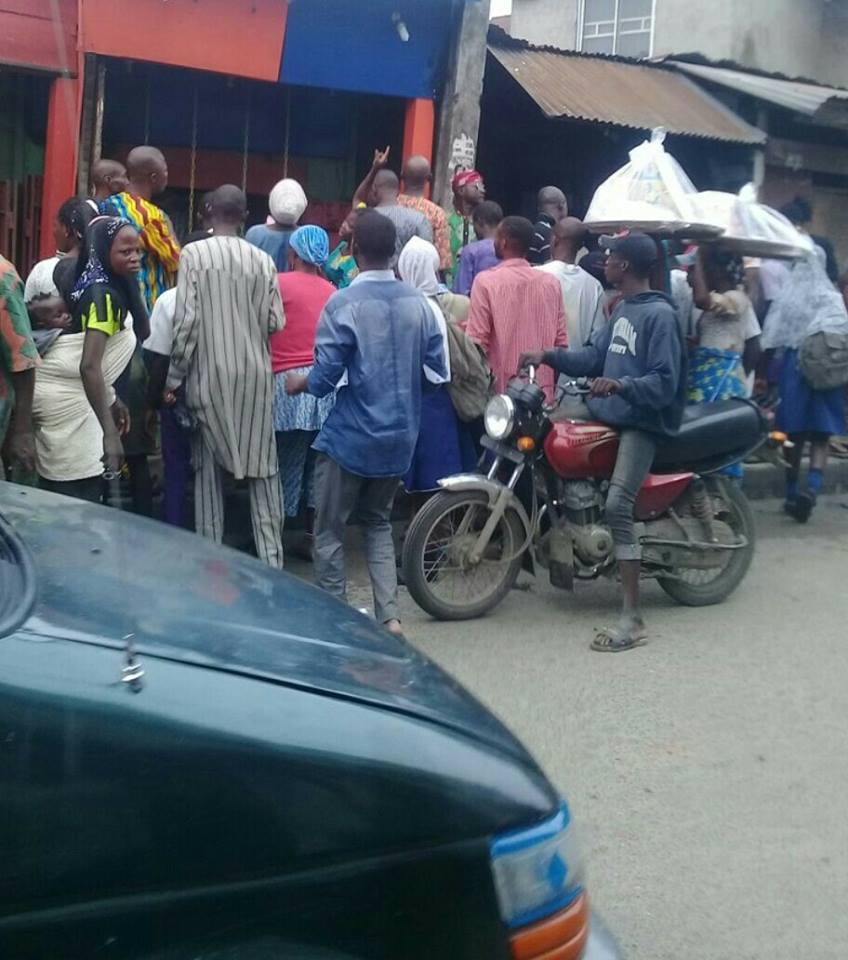 A man was apparently electrocuted to death inside his shop at Amore street, Olodi-Apapa, Lagos on Monday afternoon.

Per Second News gathered that the man was electrocuted after a live wire fell on some parts of his boutique.

” Light went off since early morning yesterday. So this afternoon, as light came on, the high tension sparked, and sparks of electricity dropped on this extension of aluminium design used in this boutique, said Jules Omalicha, an eyewitness.

‘ The apprentice standing in his shop looking out for customer was electrocuted. He was rushed to the hospital but was declared Dead On Arrival, she said.

” The boy is lying right there on the floor of his shop while neighbours are still waiting for police to come and take away his corpse. ”  ” What will his oga tell his parents now?, Omalicha, asked.