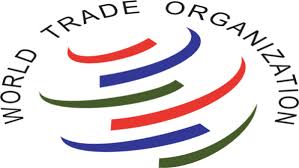 During the campaign, Trump told NBC’s Chuck Todd on “Meet the Press,” in July 2016: “World Trade Organization is a disaster.”

Some aides have tried to explain to Trump that in their view, the U.S. does well at the WTO, given the U.S. has an army of trade lawyers and created the system.

“He’s [threatened to withdraw] 100 times. It would totally [screw] us as a country,” said a source who’s discussed the subject with Trump. The source added that Trump has frequently told advisers, “We always get fucked by them [the WTO]. I don’t know why we’re in it. The WTO is designed by the rest of the world to screw the United States.”

World Trade Organization spokesman Keith Rockwell said that the organization was unaware of President Trump’s desire to withdraw the U.S. from the WTO.

The President’s economic advisers have pushed back when Trump raises the idea of withdrawing from the organization that regulates international trade, Axios reported, citing sources with direct knowledge.
Treasury Secretary Steve Mnuchin pushed back against the report during an interview Friday morning with Fox Business Network’s Maria Bartiromo, calling it “fake news.”
“This is an exaggeration. The President has been clear with us and with others. He has concerns about the WTO. He thinks there’s aspects of it that are not fair. He thinks that China and others have used it to their own advantage,” Mnuchin said.
SHARE THIS ARTICLE