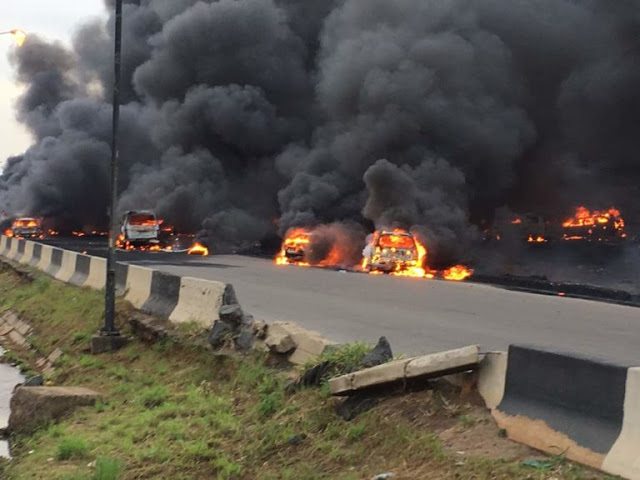 Smoke could be seen for miles from a fiery  tanker truck crash around Otedola bridge on the Lagos-Ibadan expressway on Thursday. 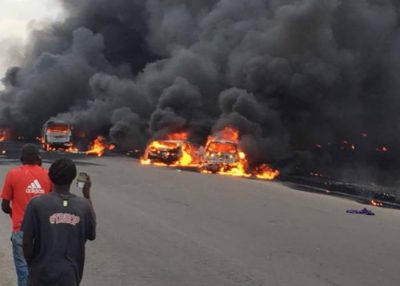 According to Bisi Kazeem, spokesman of the FRSC, the accident was caused by a break failure suffered by the petrol laden tanker. 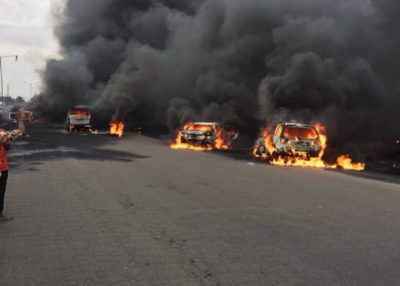 Flames ripped through the twisted wreckage and choking black smoke rose into the air as passengers and motorists clambered out to escape the inferno. 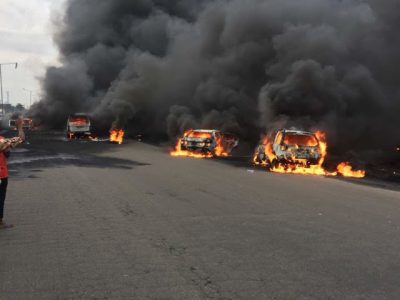 “I saw around 18 cars on their side and one was already burning. We heard some women screaming when we came closer so a few of us climbed over to the other side of the road, said Bimpe Alatishe, a survivor. 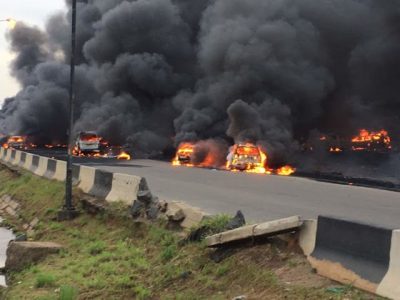 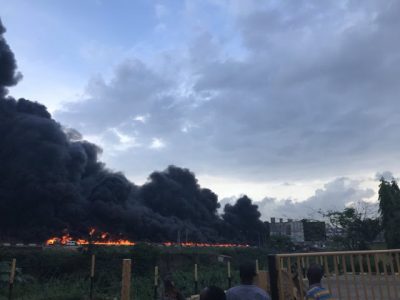 Some of the wounded were treated on a strip of grass beside the opposite lane, while others were taken to hospital.

Uninjured passengers waited on a nearby road, some of them carrying their luggage. 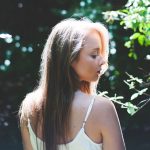