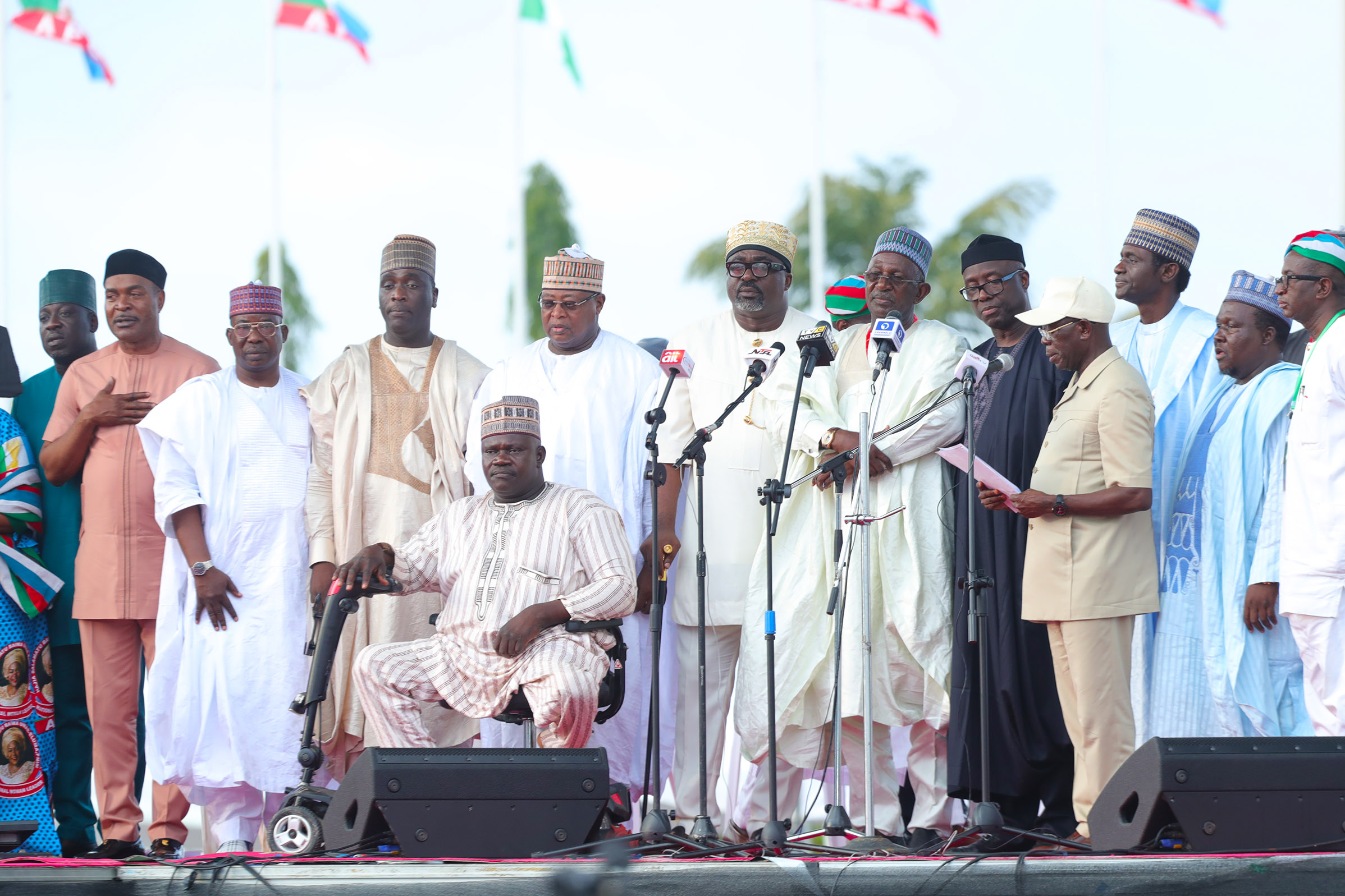 The Deputy Speaker House of Representatives Hon. Lasun Yussuff, has congratulated President Muhammadu Buhari for displaying exemplary leadership quality and for sustaining a cordial relationship with the immediate past national executive of the All Progressives Congress (APC).

Lasun recalled that this was the first time that a political party in Nigeria will have a national chairman who will serve out his term without threats or outright removal.
Speaking from the sidelines of the APC just concluded APC national convention, in Abuja, on Sunday, the Deputy Speaker also praised the outgone party National Chairman, Chief Odigie Oyegun for his political dexterity that played a vital role through the merger process leading to the victory of the APC in the 2015 presidential elections as well as his cordial working relationship with other leading political stalwarts in the APC such as Chief Bisi Akande, Asiwaju Bola Tinubu and Chief Ogbonaya Onu among others in navigating the party through turbulence.
Don't Miss

Sep 24, 2022
Lasun said when the book of political party formation and administration would be written, copious credits and references will be given to them.
The Deputy Speaker while congratulating the newly elected National Chairman of the APC Adams Oshiomole said the new party chairman was coming with a loaded credential not only as the immediate past two term governor of Edo state but a man who made his name out of agitation based on fairness and justice from the Labour community.
Lasun also congratulated the other members of the new executive of the party praying that Allah will guide them and help them to deal squarely and fairly with whatever outstanding issues that may not have been totally sorted by the past exco.
The Deputy Speaker said he looks forward to the  profound oversight and guidance  of ths Oshiomole led new leadership in the  forthcoming Osun State Gubernatorial primary elections, where the people will be allowed to exercise their free discretion to vote through their  recognised delegates of the  party  at the primary election  just as it was in Edo state, and recently in Ekiti state for an aspirant that represents their hope stressing that “this is sine-qua-non to our victory at the general election”.
He also congratulated the chairman of the 2018 Convention committee, Governor Badru of Jigawa State and the entire members of the committee “for organising a very transparent and near hitch free event that has further elevated the profile of our great party”.
He described the convention as “a new high for the party, a boost in the profile of the party and an additional impetus and point of attraction for those still contemplating joining the party and pride to existing members”.
Share
Subscribe to our newsletter
Sign up here to get the latest news, updates and special offers delivered directly to your inbox.
You can unsubscribe at any time