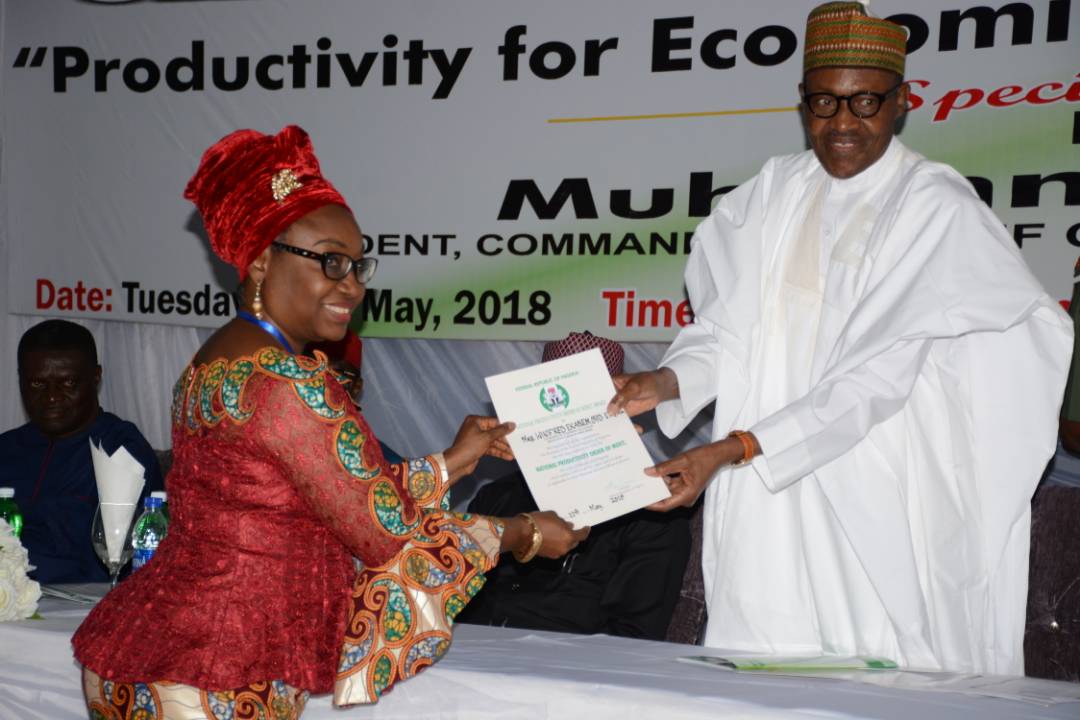 Share
President Muhammadu Buhari on Tuesday surprisingly bestowed the prestigious National Productivity Order of Merit (NPOM) award on  Head of the Civil Service of the Federation, Ms. Winifred Oyo-Ita, the woman he called  “one of the most patriotic Nigerian”.

She was recognised for her productivity and commitment towards nation building, and for the growth and development of the country.

“I am totally taken unawares, to God alone be all the glory,” Oyo-Ita said on receiving the award.

Since her appointment as the HoCSF in January 2016, Oyo-Ita has not hidden her vision for the civil service, which is to develop and institutionalize an Efficient, Productive, Incorruptible and Citizen-Centred (EPIC) culture. 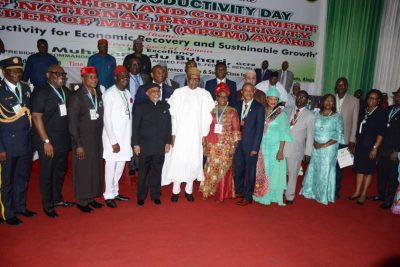 The Office of the Head of the Civil Service of the Federation under her leadership, came up with a three-year strategy and implementation plan to chart a new course for the service and reposition it as an effective machinery of government for improved service delivery.

The 2017-2020 Federal Civil Service Strategy and Implementation Plan was launched in February 2017.

According to the Oyo-Ita, the strategy, which is in tandem with Pillar Four (4) of the National Strategy for Public Service Reforms (NSPSR), is in line with President Muhammadu Buhari’s “Change Mantra” and the Economic recovery and Growth Plan (ERGP).

Oyo-Ita, who boasts more than three decades in the public service, is a Fellow of the Institute of Chartered Accountants of Nigeria (ICAN).

Buhari Surprises Oyo-Ita With National Productivity Order of Merit Award
Share
Subscribe to our newsletter
Sign up here to get the latest news, updates and special offers delivered directly to your inbox.
You can unsubscribe at any time