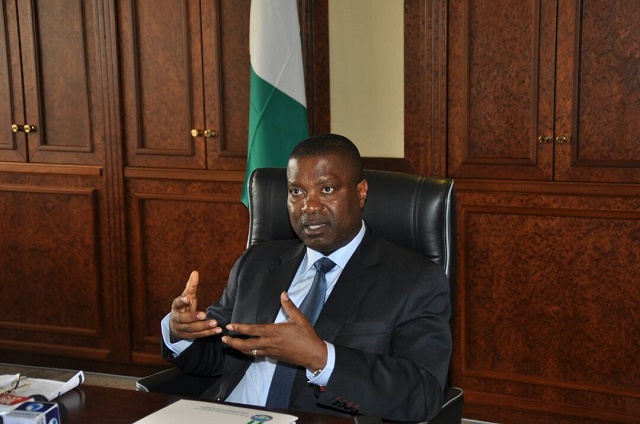 Tekena Princewill
There is a quiet revolution in the affairs of the Niger Delta Development Commission(NDDC) that many are not aware of, largely because those now in charge of the Commission have chosen to work and stay under the radar.

It is hard to believe that the NDDC had existed for more than a decade. This is, arguably, due to the fact that not much has changed in terms of infrastructural development of the Niger Delta region-the core mandate of NDDC.

But an examination of the record would show the enormous amount of resources that had been channeled to the Commission since its inception. Till date the Commission has awarded 8,557 projects of which 3,424 have been completed and handed over to various communities and States. There are 2,257 on-going projects whilst 2,506 are yet to be started for various reasons.

Under its educational programmes, a total of 1,411 students have received scholarships since 2010. Out of this number, 1,066 were supported for M.Sc and 345 for  Ph.D programmes. The healthcare programmes, among others, have been quite extensive with over 1.2 million documented patients treated.

In spite of these achievements, the intervention of the Commission has failed to address the challenges that have led to youth restiveness and militancy in the region. The reasons for this are not far-fetched.

But I’ll dwell on only two of these reasons. Undoubtedly, the first one would be because the Commission failed to focus on impactful intervention projects. Instead of projects that directly uplifts the people, the Commission had politicized projects distribution and ended up competing with states in the region. This has led to cases of duplication and execution of unimpactful projects.

The second and one of the most important reasons is the abject failure to engage youths in the region. The Commission had hitherto failed to address the issues directly affecting the youths who constitute the restive population of the Niger Delta, and who are most affected by degradation and insecurity in the region.

But things appear to be looking up for the Commission and the South-south region since the new management under Nsima U. Ekere, the Managing Director took over in November 2016. The Chairman of the newly constituted board of the commission is the former leader of the Nigerian Senate, Ndoma Egba.

The Nsima Ekere led management had since began a reform of the governance structure and process of the Commission, which has brought about the redeployment of several top officials in order to have round pegs in round holes.

The reform is a well-articulated strategy christened the 4R strategy which consists of restructuring the balance sheet, reforming the governance system, restoring the core mandate of the Commission by preparing feasible Master Plans for the 9 states and reaffirming commitment to due process.

The commitment of the management to reforms is already affecting how NDDC budgets are prepared and implemented. The last two budgets of the Commission appeared to have been prepared to deliver high impact social welfare programmes that touch the people directly, and that is capable of changing the story of the Niger Delta.

Whether in health, education, capacity building, emergency response, oil and gas spillage response and entrepreneurship development, NDDC has found a workable template that prioritise issues that cause restiveness and militancy.There is now in place a collaborative strategy that ensures the youth, agitators, ex-militants and other interest groups are directly engaged before decisions are made on empowerment programmes of the Commission.

The gradual establishment of good governance in the operation of the Commission appeared to have encouraged development partners in and outside the country to give necessary support. Several support agreements have been made with partners such as The Partnership Initiative in the Niger Delta (PIND), which supports economic development, peace building and capacity building, and the Open Government Partnership (OGP), which works with domestic reformers to improve governance of public sector institutions to make them more open, accountable and responsive to citizens.

Others include the FOSTER Foundation (which supports well run non-profit programmes in social services and human welfare, education, healthcare and community engagement), the Open Government Partnership (OGP) (which works with domestic reformers to improve governance of public sector institutions to make them more open, accountable and responsive to citizens) and USAID(which can support a wider range of programmes from agriculture, economic growth, education, healthcare, gender equality and women’s empowerment, crisis and conflict management, and environment and global climate change).

The collaborative approach of the management does not leave out states in the Niger Delta, the Federal Government, National Assembly and the Oil & Gas firms who directly fund the Commission’s budget.

At one of those collaborative dialogues in Port Harcourt on February2, 2017, a few months after the inauguration of the new management, the MD said: “At this stage I want to talk specifically to the youth. We are taking your issues very seriously and in the next few weeks we will engage the youth, agitators, ex-militants and other interest groups directly in a forum where we will collaboratively decide on the most viable and sustainable programmes for empowering youth so they can be productive for life. These programs will be supported by our partners and will be monitored closely to ensure they deliver on the promises we make.” The dialogue was appropriately titled: NDDC and a new development agenda.”

The management of the NDDC is currently pursuing a development agenda that seeks balance between development and preservation of the environment. It is an agenda that has been missing in the Niger Delta region for decades. NDDC has prioritized the basic problems of the region and is pointing every other institution in the same direction. This will no doubt ensure greater impact in maintaining the sanctity of the environment and upholding the concept of sustainable development.

If the new management continues to focus on these strategies in the execution of its mandate as it is doing right now, there is no doubt that true development would come to the region sooner than expected.

Princewill wrote in from Port Harcourt
SHARE THIS ARTICLE