Chiefs accuse Deji of Akure of stoking embers of war 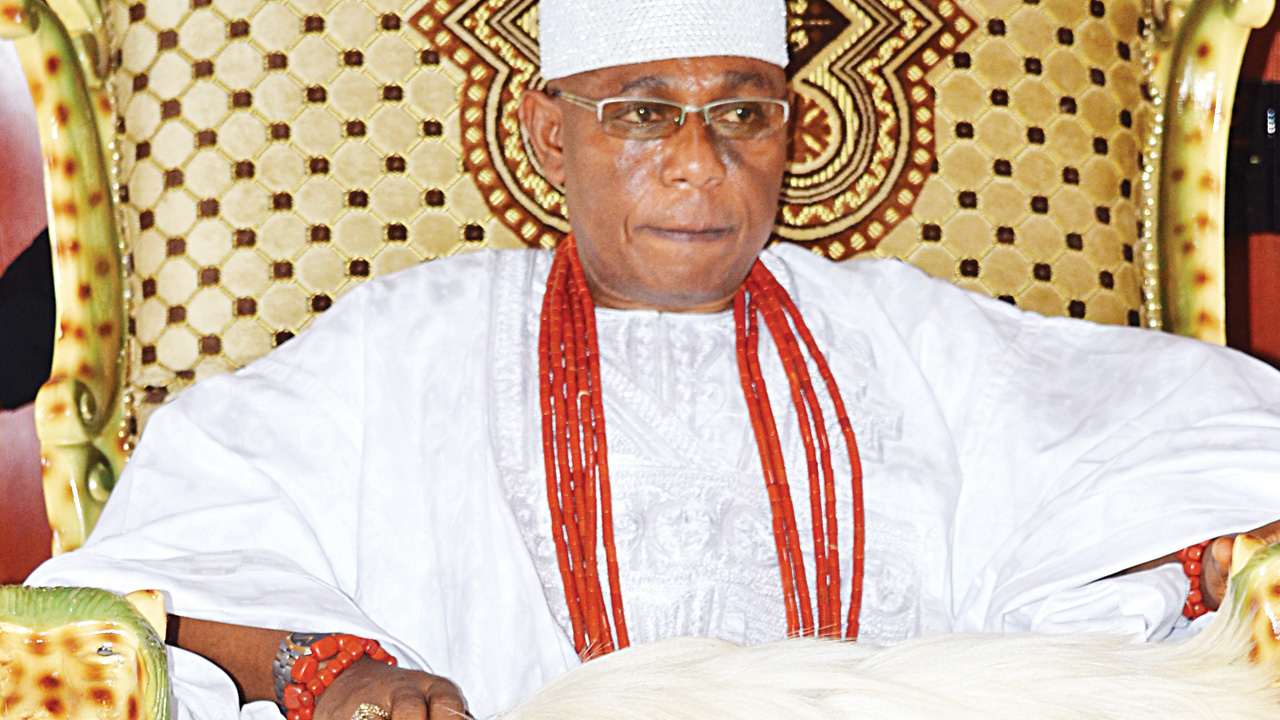 The council of Chiefs of Isolo kingdom in Akure South Local Government Area of Ondo State at the weekend said that the alleged suspension of Chief Ibukun Adetoyinbo, the Elemo and the purported appointment of Chief Omotayo Joshua, to act as the Head of Isolo Community, by the Deji of Akure, Oba Aladelusi Aladetoyinbo,  was “laughable” and an attempt at “stirring the hornet’s nest” after the State Government, had advised the two fielding sides to ensure peace and tranquility.

The Chiefs of Isolo Kingdom led by the Lisa, High Chief Omotayo Joshua, accused Oba Aladetoyinbo of not relenting at efforts aimed at  fomenting trouble and that the Akure Monarch continues with actions that can lead to the breakdown of law and order, by mandating a press secretary, Mr. Michael Adeyeye, to unleash on the public a statement that had no bearing to the fact or truth of what transpired at the peace meeting called at the instance of the Government of Ondo State.

According to the Isolo Chiefs, the Deji was not the one who appointed, chief Omotayo Joshua to act in the interim as the Head of the Kingdom. It was a role assumed by Omotayo Joshua, as the Olisa, according to tradition and custom and as approved by the chiefs.

“On the meeting between the Deji of Akure and the Isolo Chiefs held at the instance of, and with, the state government, the government admonished both parties, to maintain status quo and ensured that peace is maintained pending the decision of the Supreme Court. Thus, the laughable re-appointment of the incumbent Olisa of Isolo and purported suspension of the Elemo of Isolo, by the Deji of Akure is a direct ridicule of the government directive and an attempt to stir the hornet’s nest in Isolo, Akure and  the Local government”.

The chiefs said that they were unperturbed by the “provocative tantrums” and the “distortions of those on the impossible mission to annex the ancient Isolo Kingdom as their vassal territory”.

They said the people of Isolo remained unshaken in the belief “ that God rules in the affairs of human and on the sides of the truth”.

Sharpedgenews.com reports that those on the side of government of Ondo State, were surprised to see Oba Aladetoyinbo unaccompanied by Akure Chiefs at the peace meeting held at the secretariat, Alagbaka, Akure.

Oba Aladetoyinbo was solely accompanied by his younger brother, with the fantastic job description of Chief of Staff, Mr. tony  Aladetoyinbo, who performs no statutory royal functions or duties.

The Deji confessed to taking the sum of N500,000.00 from Oba Amos Idowu. He refused to disclose the reasons for turning against the new Osolo whom he once announced as his preferred candidates. The Deji could not also make public his reasons for his most recent support for one Mr Adewole, a man whom he wants described as a crook that could put Isolo kingdom and indeed the entire Akure land, up for sale, the Deji has sworn that if Adewole was selected and installed in the morning, he would get the police to pick him up for detention before afternoon and that if he was installed at noon, he could guarantee that he would be arrested before night fall. Oba Aladetoyinbo Aladelusi had allegedly demanded that the choice of Oba Amos Idowu be jettisoned to which he met a stiff denunciation and refusal from the entire chiefs of Isolo. He never named any preferred substitute. But all the chiefs of Isolo at the government peace meeting made it clear to him that Isolo kingdom is not in any way beholden to the Deji’s royal jurisdiction.

A statement credited to the Chief press secretary to the Deji of Akure, Mr. Michael Adeyeye, announced, an alleged appointment of Olisa of Isolo, High Chief Omotayo Joshua as the Interim Head of the Community.  Chief Joshua rejected the content of the statement by Adeyeye saying his loyalty is to the people of Isolo and their king, the Osolo.

Deji of Akure
Share
Subscribe to our newsletter
Sign up here to get the latest news, updates and special offers delivered directly to your inbox.
You can unsubscribe at any time

2019 and the politics of campaign finance by Reuben Abati

Eating right and keeping well during Ramadan: An expert guide