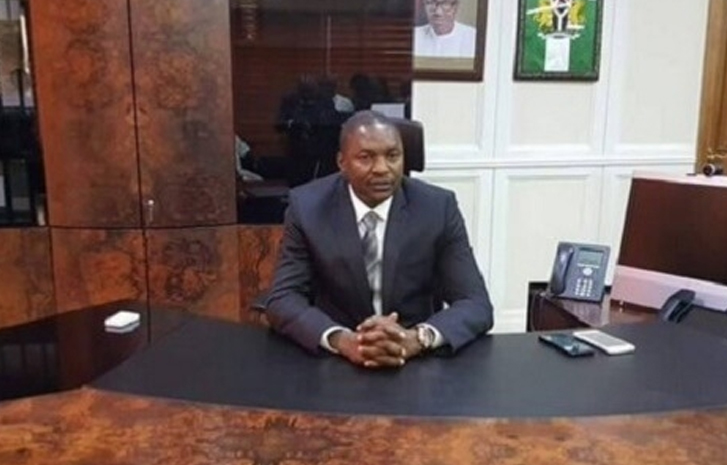 In the wildness of our gutter politics, the players are moving in circles, chasing themselves in a bid to feed the public with false reports, said the All Progressives Congress (APC) Grassroots Youth for Change on Tuesday.

The group has advised those who are desperate to tarnish the reputation of the Minister of Justice and Attorney General of the Federation (AGF), Mr. Abubakar Malami (SAN), to stop chasing shadows.

“Those behind this odious smear campaign are so infantile in their approach that they have easily given themselves away as pursuing a selfish agenda.

The group reacted yesterday to a syndicated media report that the United States Government had blocked lawyers engaged by Malami from “taking a cut as legal fees” from the $500 million Abacha loot in that jurisdiction.

“They seem now to be more concerned about service charge by lawyers more than the judicious utilisation of the principal sums, creating the impression that their back-end sponsors were interested either in Malami’s position or in the contract given to the Nigerian lawyers, the group said in a statement.

“Reducing their ill-motivated campaign to cut-taking is the low that they have sunk in their desperate bid to render Malami’s assignment and role questionable. We have reasons to believe that the US did not give Nigeria the condition that the lawyers engaged should not be paid.

“We also treat with a pinch of salt the media report that the US gave a condition that it would only deal with Nigeria on a government-to-government basis for the repatriation of the $500 million Abacha loot.

“For us, nothing has detracted from inter-government transactions in the repatriation process.  But it amounts to exertion of the fertile imagination of the author of the media report that the US would dictate to Nigeria how its side of the legal processes for the completion of the funds’ repatriation should be managed.

“Our group is aware that before the US visit by President Buhari, the Nigerian lawyers engaged by Malami have been appearing in the cases in respect of the USD20 million in London, USD300 million in Jersey and USD150 million in France all frozen for the benefit of the United States of America.

“Sincerely, it is not in the place of the United States government to dictate to the Nigerian government how to deal with contract properly entered into with the Nigerian lawyers in respect of the repatriation process.

“We also hold the view that Nigerian government was better positioned to determine whether or not it needed the services of lawyers to guide it in the process of putting finishing touches to the repatriation of the Abacha loot.

“It smacks of sheer mischief and irresponsibility the claim that the repatriation process had been completed.  If it had been completed, why were the funds still detained in the respective jurisdictions and who says legal services were not longer needed?”

The group recalled how “these traducers made hue and cry about the payment of five percent on the value of $322.5 million to the Nigerian lawyers that Malami engaged to complete the repatriation of the funds from Switzerland.

“That was after the Swiss lawyer, Mr. Enricho Monfrini, who began the process had reapplied for the job at the inception of the APC- led federal government and asked for a fresh 20 percent as service charge to complete it.

“A piece of credible information at our disposal indicates that at the point of reapplying for the job to complete the repatriation of the funds, the Swiss lawyer did not disclose that he had been paid by the previous government and how much exactly he had been paid.

“The Swiss lawyer curiously claimed, after his bid to get Malami to accept his offer had failed, that he had already been paid for the services he rendered. He, however, did not disclose how much he was paid.”

The group said that, having reviewed the development, it was convinced that Malami acted in the national interest by terminating Monfrini’s contract and engaging the team of Nigerian lawyers to complete the repatriation process in Switzerland and the United States.

The group urged Malami to discountenance the unnecessary distractions and fix his eyes on the ball of his responsibilities as Minister of Justice and AGF.

The report had claimed that some unnamed sources said that officials of the US Department of Justice (DoJ) had told President Muhammadu Buhari during his recent US visit that they would not deal with any third party in the restitution of the funds.

But the group, through its National Coordinator, Mr. Orlu Henry Manuchimso, dismissed the report as “contrived”, saying it was a continuation of the “desperate and despicable scheme by some back-end sponsors and vested interests to taint Malami’s good work.”

Abacha lootAPC groupMalami's traducersNigeria
Share
Subscribe to our newsletter
Sign up here to get the latest news, updates and special offers delivered directly to your inbox.
You can unsubscribe at any time

OPL 245: The most popular oil block by Reuben Abati