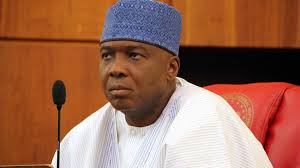 Badaru maintained that the duo are vital members of the ruling party after meeting with the Chief of Staff to the President, Abba Kyari at the State House.

Badaru added, “It is not true that Tambuwal and Saraki are negotiating with the PDP, we have not heard of that. Some few weeks back there was rumour about the governor of Benue (Governor Samuel Ortom) and he made it clear at our last NEC that he is not moving anywhere.

“Those are rumours flying around but they don’t have consequence. We are united, governor Tambuwal is with us and the Distinguished senator Bukola Saraki, the Senate President is also with APC and we have not had any reason to think that they are negotiating elsewhere, no.”

Badaru is that chairman of the All Progressives Congress, APC, Convention Committee.