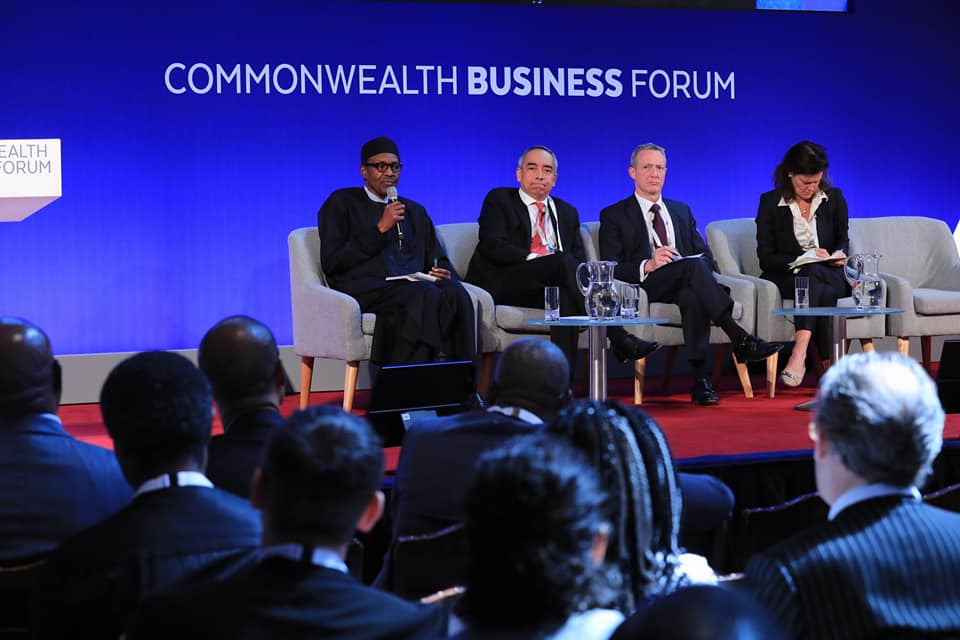 The presidency on Thursday said that President Muhammadu Buhari’s statement allegedly deriding majority of the Nigerian youths was distorted and twisted by some mischief makers to take political advantage.

“Typical of their stock in trade, manipulators and twisters of statements of Mr President, who lie in wait to make mischief, interpreted the comment to mean that President Buhari had taken all Nigerian youths to the cleaners.But elementary English recognizes a wide gulf between “a lot of” and the word “all.” How can “a lot of them,” suddenly transmogrify to mean “all of them?” Mischievous and unconscionable, said Femi Adesina, presidential spokesperson.

“At the Commonwealth Business Forum in London on Wednesday, April 18, 2018, President Muhammadu Buhari gave a keynote address on Making Business Easier Between Commonwealth Countries. The presentation was followed by a discussion, and question and answer session.

“Responding to a question, President Buhari had cause to talk about some Nigerian youths, and he said: ” We have a very young population; our population is estimated conservatively to be 180 million. More than 60 per cent of the population is below the age of 30. A lot of them have not been to school and they are claiming that Nigeria has been an oil producing country, therefore they should sit and do nothing and get housing, healthcare and education free.”

“There is no way President Buhari, father of the Nigerian nation in every sense of the word, who equally has biological children of his own in the youths age bracket, pass a vote of no confidence on all youths. It can only exist in the imagination of those who play what the President has described as “irresponsible politics” with everything.

“President Buhari has always applauded and celebrated Nigerian youths who excel in different areas of endeavour, from sports, to academia, and other realms. And he will continue to do so, because he values the youths, and knows that they are the fulcrum on which the future of the country rests.

“Indeed, every country has its share of idle population, and it is the bounden duty of government at all levels, to create an enabling environment for them to actualize their potentials. That is what President Buhari is committed to doing.

“It is futile for mischief makers to lie in wait, and take a minor part of the words of the President, and turn it into negative commentary, peradventure they could  diminish the profile of the President. Nigerians across all walks of life know who is serving them faithfully and truly, and they will always reciprocate such fidelity as occasions demand.