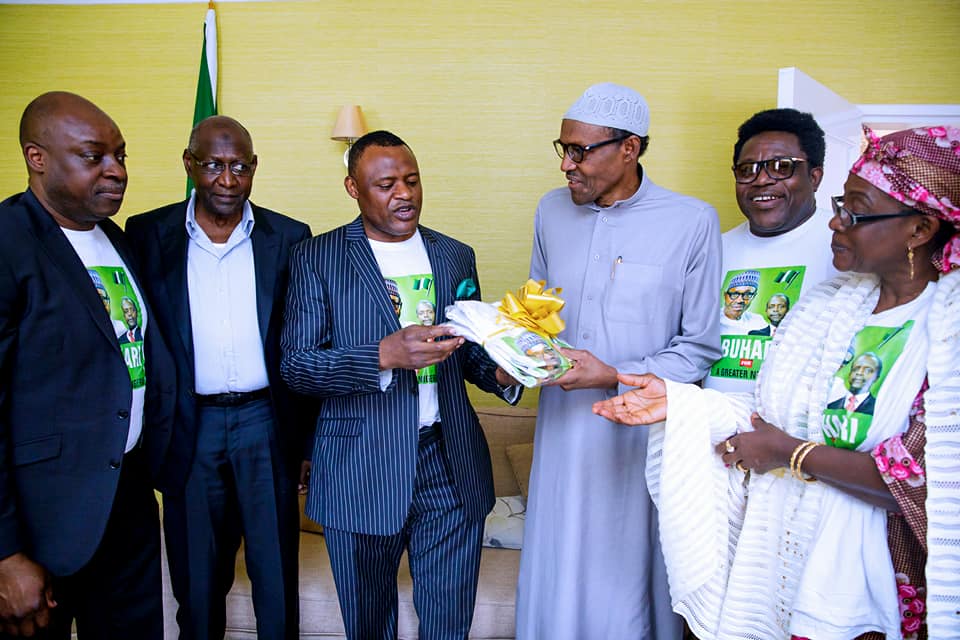 President Muhammadu Buhari on Sunday in London said that wicked people under past government’s plundered the country “and kept Nigerians poor, he said while receiving the Buhari Diaspora Support Organization, led by Mr Charles Efe Sylvester.

He said the damage done to the Nigerian economy in the years of plunder was massive, and that government was doing its best to recover some of the loot, but noted that it was impossible to identify and recover all.

“If they had used 50% of the money we made, when oil prices went as high as $143 dollars per barrel, and stabilized at $100 dollars with production at 2.1 million barrels per day for many years, Nigerians would have minded their businesses. You could almost grow food on our roads, as they were abandoned. The stealing was so much, and they were so inept that they could not even cover the stealing properly. I wonder how all those things could have happened to our country.” the President said.

“We will do our best to justify your trust in us, and that confidence won’t be abused,” President Muhammadu Buhari assured Nigerians.

“I am happy that people like you are here, on your own, defending the country. You have shown courage and sacrifice. I assure you that your confidence in us won’t be abused, we will do our best to justify it,” President Buhari said.

The Coordinator of the organization, Mr Sylvester, said the group was happy with the achievements of the Buhari administration so far, noting:

“You met a difficult situation, but you have overcome most of them. We are happy with the agriculture revolution, the ease of doing business, the anti-corruption war, the employment of youths through the N-Power programme, and the blockage of leakages in the public sector through the Treasury Single Account (TSA).