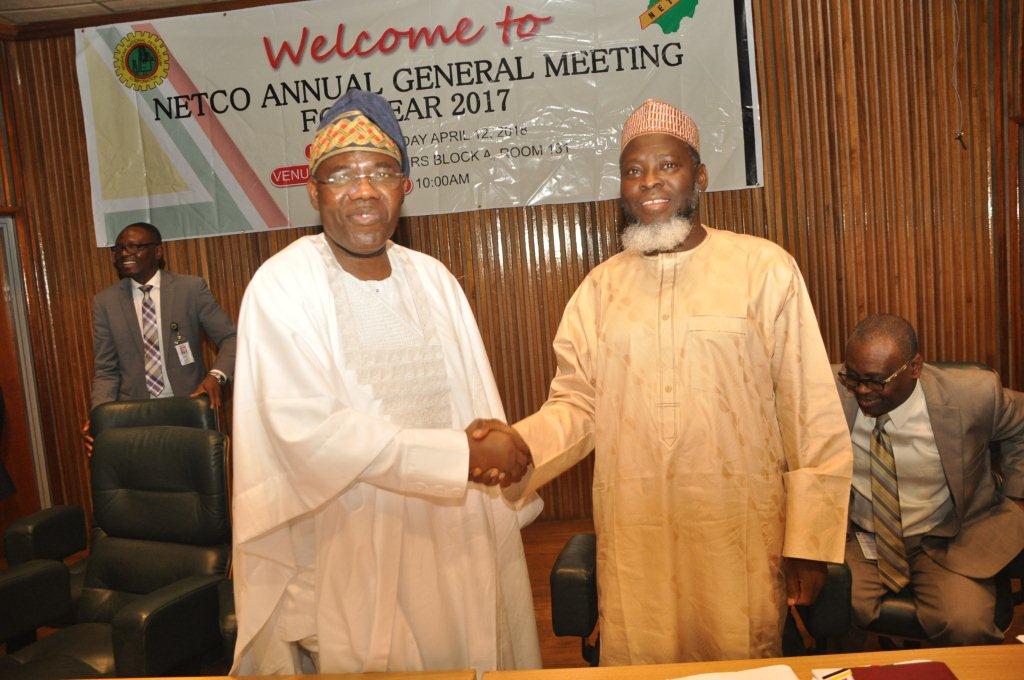 The National Engineering and Technical Company Limited (NETCO), a subsidiary of the Nigerian National Petroleum Corporation (NNPC) on Friday announced a recorded profit before tax of N3.257 billion for 2017 financial year.

Speaking at the Company’s 2017 Annual General Meeting (AGM) held at the Nigerian National Petroleum Corporation (NNPC) Towers Thursday in Abuja, NETCO Board Chairman, who is also NNPC Chief Operating Officer, Upstream, Mallam Bello Rabiu, said the operating profit of NETCO increased by 134 per cent, from N0.89 billion in 2016 to N2.07 billion in 2017.

The breakdown shows that the company’s revenue increased by 122 per cent from N10.13 billion in the previous year to N22.46 billion in the year under review.

Mallam Rabiu noted that the impressive result was the outcome of improved performance in project execution and cost reduction measures put in place during the period, in addition to and the new addition of construction and procurement portfolios in the company’s activities basket.

He however stated that the profit before tax decreased by 34 per cent in the year under review when compared with N4.90 billion of the previous years, stressing that the decrease was attributable to the foreign exchange gains which constituted 56 per cent before tax in 2016 as compared to 4.8 per cent gain in 2017.

The COO Upstream said the remarkable figures were made possible through sustained efforts on the part of the Company to cash in on the strong support of the Group Managing Director of the Corporation, Dr. Maikanti Baru and the shareholders.

“The strong support of the GMD, that of the shareholders, in addition to award of some big-ticket jobs which NETCO delivered on time, within budget and without compromising on quality of service delivery, made it possible for the remarkable figures. The performance has reinforced to all stakeholders that given the right environment, NETCO is poised to greater heights.

Mallam. Rabiu said for the first time since the establishment of NETCO, the company was declaring the highest dividend in any given year of N750 million to its shareholders at the AGM.

Speaking while receiving the cheque for the dividend, The Group Managing Director of NNPC, Dr. Maikanti Baru, commended the management of NETCO for the unprecedented performance.

He assured the company of his continued support, stressing that based on its performance, he would ensure NETCO got more projects, especially in the gas sector.

He congratulated the outgoing MD of NETCO, Engr. Siky Aliyu, for leaving a legacy behind for his successor and expressed optimism that the company would perform better next year.

Earlier, the Managing Director of NETCO, Engr. Siky Aliyu, said the company set a target to perform 600,000 man-hours of work in 2018, adding that it would continue to explore new opportunities and improve on service delivery to engender more confidence in its clients and stakeholders.

The MD who announced his retirement from the corporation with effect from May, 2018 said he was happy to leave behind a Company that has the largest Information Technology facilities in the Engineering field with a wide range of choice software for process simulations, plant modeling, structural analysis, stress analysis, designing of control systems engineering, drafting and project management.

NETCO was established in 1989 to acquire Engineering Technology through direct involvement in all aspects of Engineering in the Oil and Gas and non-oil sectors of the economy. NETCO is Nigeria’s premier indigenous Engineering Company with the strategic vision of providing Basic and Detailed Engineering, Procurement, construction Supervision and Project Management services, using state-of-the-art technology. It recently added construction and procurement to its portfolios in the industry.