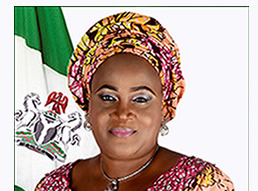 The Federal Government has reversed suspension of the Director-General of the National Women Development Centre, Mrs. Mary Ikpere Eta by the Governing Board, which was inaugurated very recently.

“To all intents and purposes, Government reiterates the position that Boards of Agencies are to provide general policy guidelines and frameworks, and not to interfere with the day to day management of the Agencies, said Permanent Secretary (General Services Office), Office of the Secretary to the Government of the Federation, Olusegun Adekunle.

Mr Adekunle said the development was a source of concern, warning that the board was not to interfere with the day to day management of agencies.

“Consequently, Government directs the reversal of the suspension of Mrs. Mary Ikpere Eta as the Director-General.  She is accordingly directed to resume her duties immediately at the National Women Development Centre.

“Government believes in due process, and will not tolerate any arbitrary action taken by any Board of any Federal Government Agency.”

He warned that any Managing Director that flouts the directives will bear the costs.