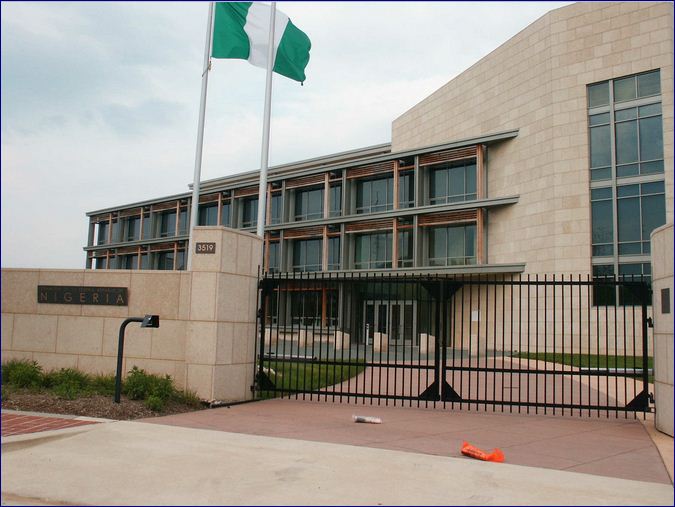 The spectacle of obvious lies being peddled by the Embassy of Nigeria in Washington is a tragedy for Nigeria’s democracy. But the rest of the world — and, in particular, Nigeria’s allies — should also be frightened. An embassy that is addicted to the “big lie” has very dangerous implications for global security, says over a dozen officials disengaged without “due process”.

” There was never a time Workers pleaded to “an arrangement to be on contract for another one year, which lapsed in February 2018, said the sacked workers.

The embassy last week said the Ministry of Foreign Affairs, Abuja, approved the disengagement of the workers due to some ongoing rationalisation of workers at the embassy, claiming the workers are in the know.

Rushing to the media have shown that they fully intend to use the media as a conduit for their propaganda and misinformation campaigns designed to mislead the public, the workers told this newspaper.

Speaking to Per Second News in Washington on Sunday the workers said that embassy officials has declared war on the truth. With their use of “alternative facts,” their repeated insistence that due process was followed in the recent disengagement of Workers.

The workers said the embassy hierarchy are using their nearly unfettered access to the Nigerian media to distribute propaganda and deliberately mislead the Nigerian government and people. 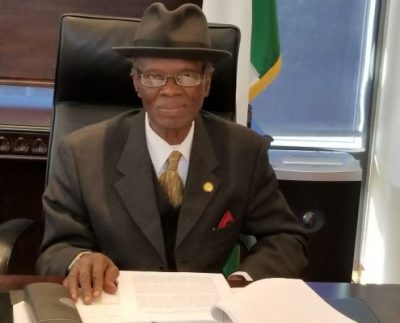 “It is a fact that the decision to place Workers on contract was spearheaded by the then Chargè d’Affaires, ad interim, Mr. Hakeem Bologun, and forcefully enforced in January 2016. Workers at the time were asked either to sign it or face disciplinary action; followed by an oath of secrecy, warning Workers not to share any information about the contract neither to the media nor to the general public. (If the Officials knew what they had done was right, why should they be concerned about keeping it private?)

They alleged that the embassy retained illegal aliens from other countries but terminated citizens of Nigeria authorized to work in the United States, defying the U.S Federal law that prohibits the hiring of illegal aliens.

According to the workers, the furor generated by this disengagement has left many questions unanswered, such as:

” Is it “due process” retaining the service of a non-Nigerian whose age is above 63 when the Conditions of Service for Workers peg 60 as retirement age, while terminating the employment of some Nigerians who are still in their 30’s and 40’s.

” Is it “due process” when, in less than 2 months of terminating the contracts of employment of 15 Workers on reported claim of rationalization – only to now begin conducting “inside” interviews to fill vacant positions created by the disengaged Workers? What then is the justification for the so-called “rationalization?”

The aggrieved workers said in several of the meetings held with the former acting ambassador during his tenure, ” we had expressed vividly and repeatedly that it was wrong to issue a new contract of employment when the existing one is active.

“Yet, he went ahead to forcefully implement the one-year contract, which lapsed in January 2018.

“The proper procedure would have been to terminate the contracts with which we were employed by paying-off Workers before issuing a new contract of employment to whomever the Embassy considers or deems appropriate for employment, said the workers.

Per Second News made a conscious decision not to publish credible but bizarre allegations of infractions against the embassy heads, as doing so might cause uproar between the Nigerian government and some US government agencies, and most importantly for National Security. We have however, advised that a detailed petition be sent to the relevant agencies of government in Nigeria for follow-ups or corrective actions.