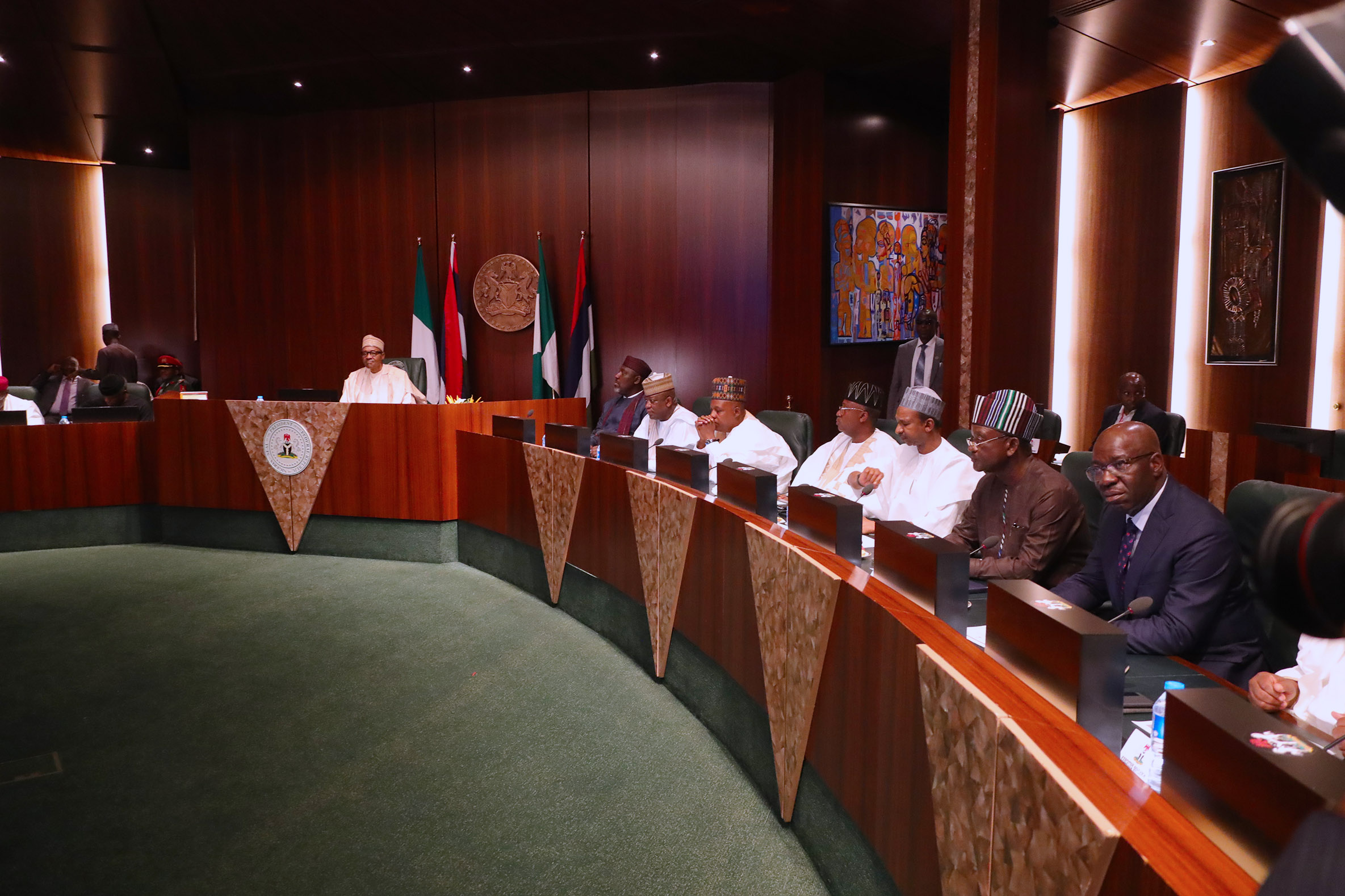 The two hour closed door meeting between president Muhammadu Buhari and governors of the All Progressive Congress (APC), led by Chairman of the Governors Forum, Abdulazeez Yari, on Tuesday, afternoon failed to break the deadlock over the tenure elongation of the John Odigie-Oyegun led executive and the proposed care-taker committee.

The meeting became rowdy at some point as each of them try to make his position known with some of the governors saying a washout of the present leadership is not the solution.

A band of governors emerged from the venue of the meeting wearing a frown, while others in order to douse the tense atmosphere, held their lips, indicating they were not going to comment.

One of the governors leaving the venue of the meeting was heard telling his colleagues with him, “some people who think they are tall, think they can control us, it will not work.”

Earlier, before President Buhari entered the Council Chambers for the meeting, the governors had formed a circle round, the Chairman of APC Governors’ Forum, Rochas Okorocha of Imo State, and were seen arguing. Some where overheard saying “what they are bringing to the table today will not be allowed to stand. This is a coup and we will not allow it to stand.”

The governors also kicked against a caretaker committee to be headed by former governor of Edo state Adams Oshiomhole, since he’s believed to be interested in running for the party’s chairmanship.

According to a party chieftain, the perceived stubbornness, independent-mindedness and temperamental nature of Oshiomhole could pitch him against the establishment and those that enthrone him.

Zamfara Governor and Chairman of the Governors Forum, Abdulazeez Yari, proposed April 9th and 10th, for the next meeting, while Governor El-Rufai, challenged him on why he picked those dates.

APCGovernors
Share
Subscribe to our newsletter
Sign up here to get the latest news, updates and special offers delivered directly to your inbox.
You can unsubscribe at any time

Just in: Some forces in Aso Rock trying to scuttle Tinubu’s presidential…