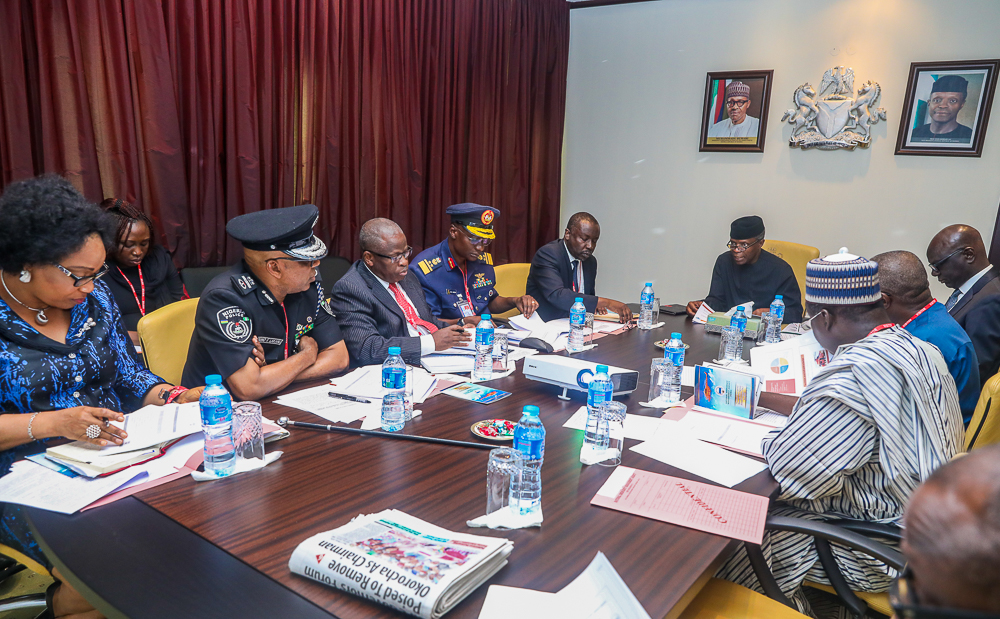 With thousands of homes damaged or destroyed by the herdsmen-farmers clashes in some parts of the country, President Muhammadu Buhari has directed the National Emergency Management Agency (NEMA) to commence an assessment of the extent of damage in communities affected by the violence.

Vice President Yemi Osinbajo, disclosed Tuesday, during the inaugural meeting of the recently composed Governing Council of NEMA at the Presidential Villa, Abuja. that the rebuilding effort is set to  take shape

“Mr. President has directed that we do a survey and assessment on the damage done to towns cities, communities that have been affected by violence in some parts of the country, including the farmers-herders clashes. NEMA will play a leading role in this and the Presidency will also provide direct support, he said.

It will be recalled that, at the monthly meeting of the National Economic Council (NEC) on February 15, Prof. Osinbajo informed the Council that President Buhari had approved the formation of a national Committee to look into the rebuilding of communities affected by the violence in the affected states. This is in line with the Buhari administration’s commitment towards finding permanent solutions to the herdsmen-farmers clashes in some parts of the country, and ensuring the peace.

During today’s inaugural meeting, the Vice President, who is the chairman of the Governing Council, congratulated the new members and expressed the hope that the board would continue to be committed to the task ahead, adding that NEMA has been very visible in its role.

Court of law or court of bills: When courts are without standing

PDP and APC’s Own Goals in Treasury-Looting Game