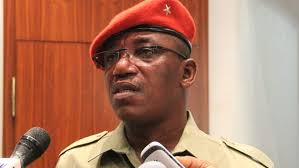 Minister of Sports and Youth Development, Solomon Dalong, has said his main achievements since 2015, is the democratization of sports federations.

“The major highlights of the achievements of the Ministry of Sports are the democratization of the national federation by the ministry as a policy trust, he disclosed after Wednesday’s Federal Executive Council (FEC) presided over by President Muhammadu Buhari.

According to him, this has led to improved performances in sports and given confidence to the athletes.

He recalled that before the advent of the present administration, the minister was empowered to appoint members of the federations which were regarded as political appointments.

Dalung said the council analyzed the performances of the federations which he noted have had harvests of medals.

“It has gone a long way by improving performances in sports. It has also rebuilt the confidence of our athletes which is giving the ministry the desirable results we are having.

“Before 2017, the situation in the national federations, the Minister had the power to appoint 150 board members and these were seen as political appointments which were counterproductive to the progress and development of sports, and we have overcome that.

On the issue of Youth development, he warned of problems in future if the present youth explosion was not properly dealt with.