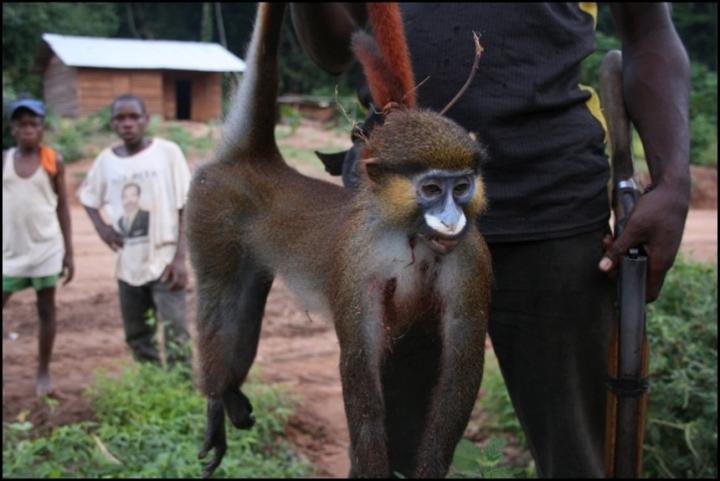 A population of monkeys appears to be spreading in Lagos state, forcing many residents of Soluyi/Sosanya Community in Gbagada, to flee.

There have been several recent reports that we’ve been documenting when people said that the monkeys acted aggressively toward them,” said a resident.

The Chairman of the community’s Landlord Association, Mr Adigun Olaleye, said that it had become difficult for the community to curtail the monkeys and their destructive attitude.

He said that the invasion might have resulted from the nearness of the community to a swamp forest that separated the community from Ifako area.

According to him, the monkeys come into residences at any time including early morning and gain entrance into rooms even if the houses are locked.

Narrating her ordeal, a journalist, who lives in the community, Mrs Funmilola Gboteku, told NAN that the monkeys had forced her family to flee.

“Many times, these monkeys come to the neighbourhood to destroy our property. Once they see food items inside a house, they direct all their energies at gaining entrance forcefully.

“The monkeys are in the habit of tearing the protective nets on windows to gain entrance and eat whatever they find in the house.

“I have had to replace the protective nets several times; I am tired of doing it.

“I have been locking my windows but locking of windows has disadvantages; there is no cross ventilation in the house, and as a result, we suffer heat,’’ she told NAN.

The monkeys can be dangerous to humans, as many carry the potentially-deadly herpes-B virus that can be transmitted through bites, scratches or contact with bodily fluids, said a veterinary physician.

LagosMonkeys
Share
Subscribe to our newsletter
Sign up here to get the latest news, updates and special offers delivered directly to your inbox.
You can unsubscribe at any time