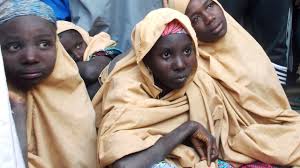 Share
By Sufuyan Ojeifo
Between February 19, 2018 when the Dapchi schoolgirls were abducted by supposed Boko Haram insurgents and Wednesday, March 21, 2018, when the news broke that 101 of them had been released, I had offered perspectives on the incident in two articles.  The first was titled: “Chibok and Dapchi girls: The whoredom of Karma” while the second was titled: “Gbomogbomo as metaphor”.
Don't Miss