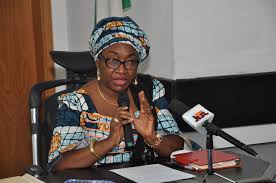 The Head of Service of the Federation, HoS, Mrs Winifred Oyo-Ita on Monday said that the modern-day attachment to computers can interfere with family life, nurturing friendships and leisure time.

“Social media has some good parts, but the negative has outweighed the good parts, “one of such negative aspect is that it doesn’t really allow people to make intimate friends.

Oyo-Ita who spoke in Lagos at the 2018 Commonwealth day celebration organised by Queens College, said that social medial has turned to tools used in committing different atrocities of which girls are the major victims.

The Head of Service is troubled by the ubiquitous presence and time spent by children on social media.

The Head of Service laments the vast amount of filth that is available online, from pornography to programs that are empty and have no values: for example, programs that are divisive, relativistic, hedonistic and consumerist.

Mrs Oyo-Ita cautions parents to be very watchful about what their children view online.

She pointed out that parents need to be extra vigilant and diplomatic in guiding their children on the right part, “almost on a daily basis, we heard frighten stories of girls been kidnapped, rape, drug, sexually abuse, among others. When such acts are investigated, it turned out to be someone they met on social media.

“In many occasions they lied to them that once they joined an online club, they will be earning money and few months later they will send an invitation to them to come to Europe for holiday, the little girl will lie to parent and go.

“Slavery has come back to Africa, not all Nigerians you see been brought back from Libya went with their two legs, some of them were young girls who were kidnapped, drug, put in cargo and send to Europe for prostitution.

Mrs. Oyo-Ita, also expressed concerns over promotion of sectionalism in the different quarter across the country noted that such attitude needs to be discouraged.

“When we were growing up, there was nothing like sectionalism, we don’t really know the state people comes from, although you can know whether the person is Yoruba, Hausa or Igbo. It is so sad the way Nigeria has gone, in a situation whereby the moment you say anything the first thing people ask is where is he or she from.

“In our days Muslim enjoy Christmas with Christian while we also enjoy Salah celebration with them. Things have changed but we need to bring back the culture of unity. Unity Schools and NYSC is a good initiative and more of such needs to be encourage.

Oyo-Ita who graduated from Queens College in 1979, urged the students to be God fearing, discipline, neat, well domesticated, excellent in their chosen career part, wonderful mothers and wife, and pillar of strength to family and nation at large.

“For the teachers, am here to assure you that your reward is not only in heaven but also on this earth. Reward is not just material and physical cash; reward is in so many dimensions which includes good health, peace of mind, joy, among other things.

ChildreninternetNigeriaSocial media
Share
Subscribe to our newsletter
Sign up here to get the latest news, updates and special offers delivered directly to your inbox.
You can unsubscribe at any time

Ndoma-Egba: A quintessential leader at 62