Ndoma-Egba: A quintessential leader at 62 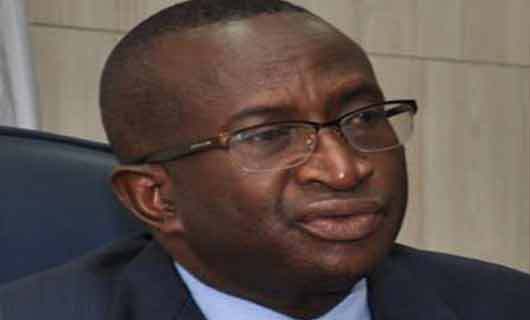 Senator Victor Ndoma-Egba, an exceptionally talented lawyer and politician, clocked 62 years of age on March 8, 2018. Ndoma-Egba, who represented the good people of Cross River Central Senatorial Districts between 2003 and 2015, on the platform of Peoples Democratic Party (PDP), is one of the highly respected politicians that have contributed in no small measure to the sustenance of democracy in Nigeria.

At 62, it can be said that the legal luminary and erstwhile Majority Leader of the Senate has lived a life of fulfillment. A man of prodigious intellectual prowess, he succeeded in carving a niche for himself and became quite influential in the Upper Chamber of the National Assembly.

The humble, easy-going and kindhearted Senior Advocate of Nigeria (SAN), is believed to be the most efficient, resourceful and cerebral Senate Leader, ever produced by the Red Chamber, since the current democratic dispensation came into being in 1999. He has the record of sponsoring the highest number of bills throughout his stay in the Senate.

Besides being a shining light in the Senate, on account of his mastery of the business of legislature over the years, he equally made significant impact on the lives of his constituents at the home front. The people-oriented projects he used his office as a Senator of the Federal Republic of Nigeria to attract to all the Local Government Areas (LGAs) within the Central Senatorial District of Cross State were quite enormous. Members of his constituency were pleased with him because he offered them quality representation and brought them succour through his various interventions on their behalf.

The Ndoma-Egba’s scholarship award scheme, which started in 1980 but became much more elaborate when he was elected a Senator, changed the lives of many underprivileged Nigerians who ordinarily may not have had the means to acquire higher education. The scholarship scheme mainly meant for undergraduate and postgraduate students from Cross River Central Senatorial District was one of the numerous philanthropic initiatives he undertook to ameliorate the suffering of his people.

According to John Calvin Maxwell, an evangelical Christian author, speaker, and pastor, who was born in 1947 and wrote over 60 books essentially focusing on leadership, “A leader is one who knows the way, goes the way, and shows the way”. Ndoma-Egba, a patriotic silent achiever has, no doubt, proved to be a quintessential leader in all the positions of authority he has held. By his utterances and actions, he is always building confidence in the minds of his followers, an attribute that can only be found in a true leader.

When he resigned from PDP in 2015, the ruling All Progressives Congress (APC) knowing his worth and strength politically, wooed him into its fold. He decided to quit PDP when he felt the policies and direction of the party had become inconsistent with his philosophy and commitment to democratic principles. As it is said that a golden fish has no hiding place, few months after he formally declared for APC, President Muhammadu Buhari nominated him as the Chairman of the Governing Board of Niger Delta Development Commission, NDDC, alongside Mr. Nsima Nkere as Managing Director (MD).

Ndoma-Egba’s appointment as NDDC board chairman was greeted with jubilation across the Niger Delta region as it was believed that Buhari made the right choice in him. Interestingly, the lawyer turned politician has not betrayed the confidence and trust the people have in him. In the about one year, four months he has spent in office as the head of NDDC board, he has worked assiduously with the MD to refocus and reposition the interventionist agency for better performance. With his leadership acumen and keen sense of discernment, he has been able to put some measures in place to entrench transparency, probity and accountability in the governance framework of the NDDC. And this is clearly changing the narrative and perception about the commission in a positive direction.

Born in Ikom, Cross River State, Ndoma-Egba holds two National Honours – Officer of the Federal Republic (OFR) and Commander of the Niger (CON) bestowed on him by the Federal Government in recognition of his remarkable contributions to nation building. He likewise holds several other honours, awards and prizes including the Kwame Nkrumah Leadership Prize.

He was briefly at the University of Nigeria, Nsukka, UNN, Enugu Campus before proceeding to the University of Lagos (UNILAG) where he obtained the LL.B (Honours) degree in 1977. The ex-lawmaker was called to the Nigerian Bar in 1978 making him a member of the famous “1978 set”. Some of the best legal luminaries we have in the country today that were in the famous class of ’78 Law School graduates include: Justice Walter Onnoghen, Chief Justice of Nigeria, CJN, Chief Bayo Ojo, former NBA president and ex-Minister of Justice and Attorney General of the Federation, AGF, Rotimi Akeredolu, also ex-NBA president and incumbent governor of Ondo State and Senator Udoma Udo Udoma, current Minister of Budget and National Planning.

The NDDC helmsman obtained the LL.M from the University of Calabar (UNICAL) and various certificates from the Irish Development Institute, Shannon Ireland, Standford and Havard Universities in the United States of America. He had extensively practiced law in all the Superior Courts of record for several years and was already an established lawyer before joining active politics.

In 1980, barely 24 years old, the then Governor of Cross River State, late Dr. Clement Isong, appointed him Chairman of the Board of Governors of Government Secondary School, Ikom, while the then President Shehu Shagari at about the same time appointed him into the Board of the Cross River Basin and Rural Development Authority. Appointed Commissioner for Works and Transport in Old Cross River State (Cross River and Akwa Ibom States) at the age of 27, Ndoma-Egba has equally chaired the Boards of Companies in the private sector with interests ranging from banking, construction and manufacturing.

He was accorded the rank of Senior Advocate of Nigeria in 2004, a year after he was elected into the Senate, the first to be so elevated from the National Assembly and outside legal practice and academics. Before his emergence as Senate Leader in 2011 (7th Senate), he had served as the first Chairman of Senate Committee on Media and Public Affairs, (5th Senate) and Deputy Senate Leader (6th Senate) and was credited with about 40 bills including the Freedom of Information (FoI) Bill which is now an Act.

Ndoma-Egba, a man of high integrity who has never been found wanting in any of the public offices he has occupied, is currently the Senior Partner in the Abuja based Law firm of Ndoma-Egba, Ebri & Co and also heads Legum Consult, a legislative and public affairs consultancy outfit. He was leader of the Nigerian Delegation and member of the Association of Senates, Shooras and Equivalent Councils in Africa (ASSECAA). He was leader of the Nigerian Delegation to and member of the Pan African Parliament, Midrand, South Africa and was a delegate to the 50th General Assembly of the United Nations.

A lawn tennis player married to the very beautiful Amaka with three children, Ndoma-Egba was Chairman of the Nigerian Bar Association (NBA), Calabar Branch, and President of the Calabar Chamber of Commerce.

As he forges ahead and continues to contribute his quota to the growth and development of our dear country, Nigeria, may God grant him many more fruitful years of good health!

Koko’s London mortgage property: Much fuss, ado about nothing but mere muckraking