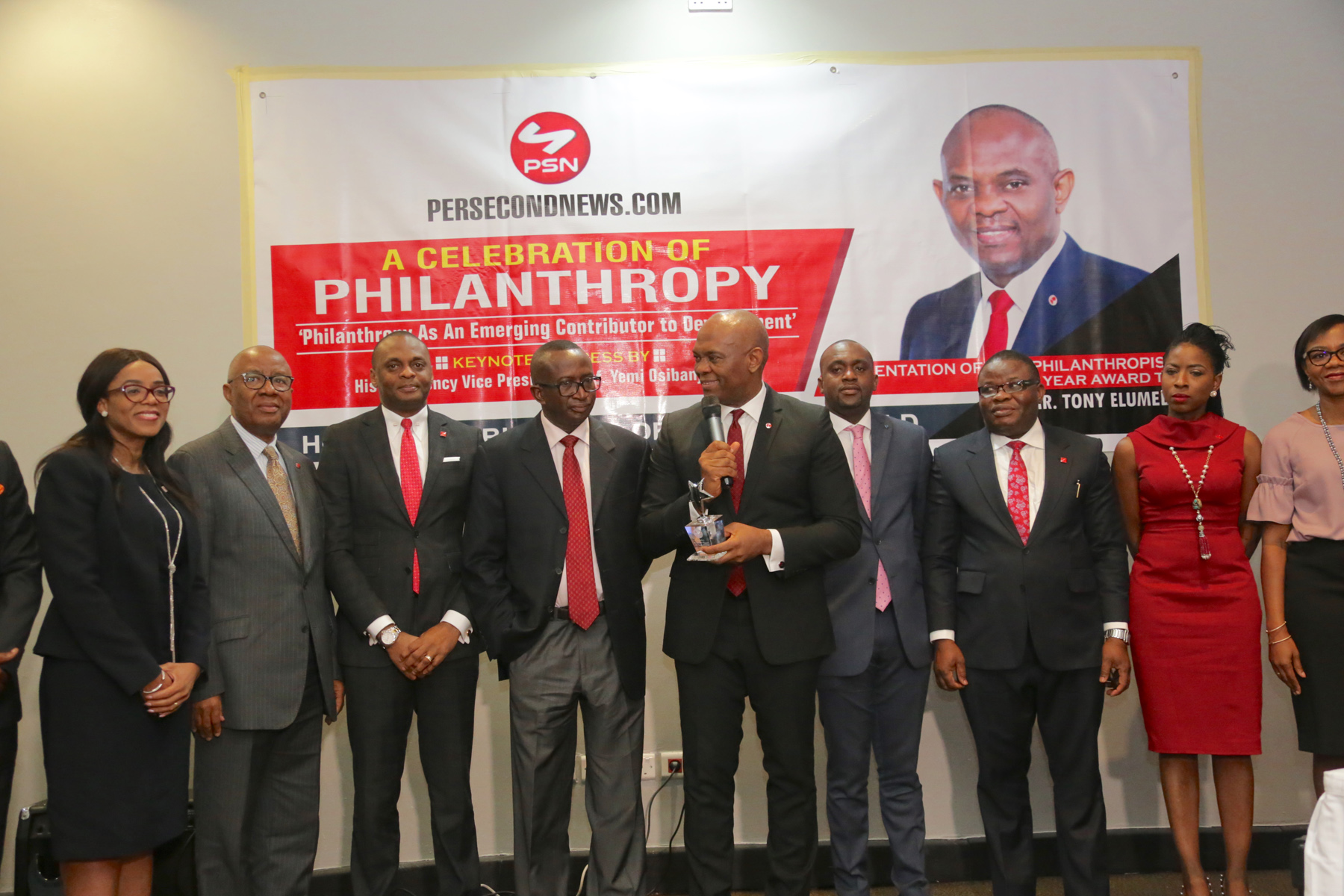 The former Senate leader made the statement while presenting Per Second News 2017 ‘Philanthropist of the Year’ award to Mr Elumelu based on his desire to empower a generation of successful for-profit entrepreneurs who will drive Africa’s economic and social transformation.

” He is a Niger-Delta son and we are proud of his outstanding achievements and dedication towards helping the society, he said at the ceremony in Lagos.

Mr Tony Elumelu is the founder of TEF, a foundation founded in 2010 to spur the continent’s development through entrepreneurship and competitiveness.