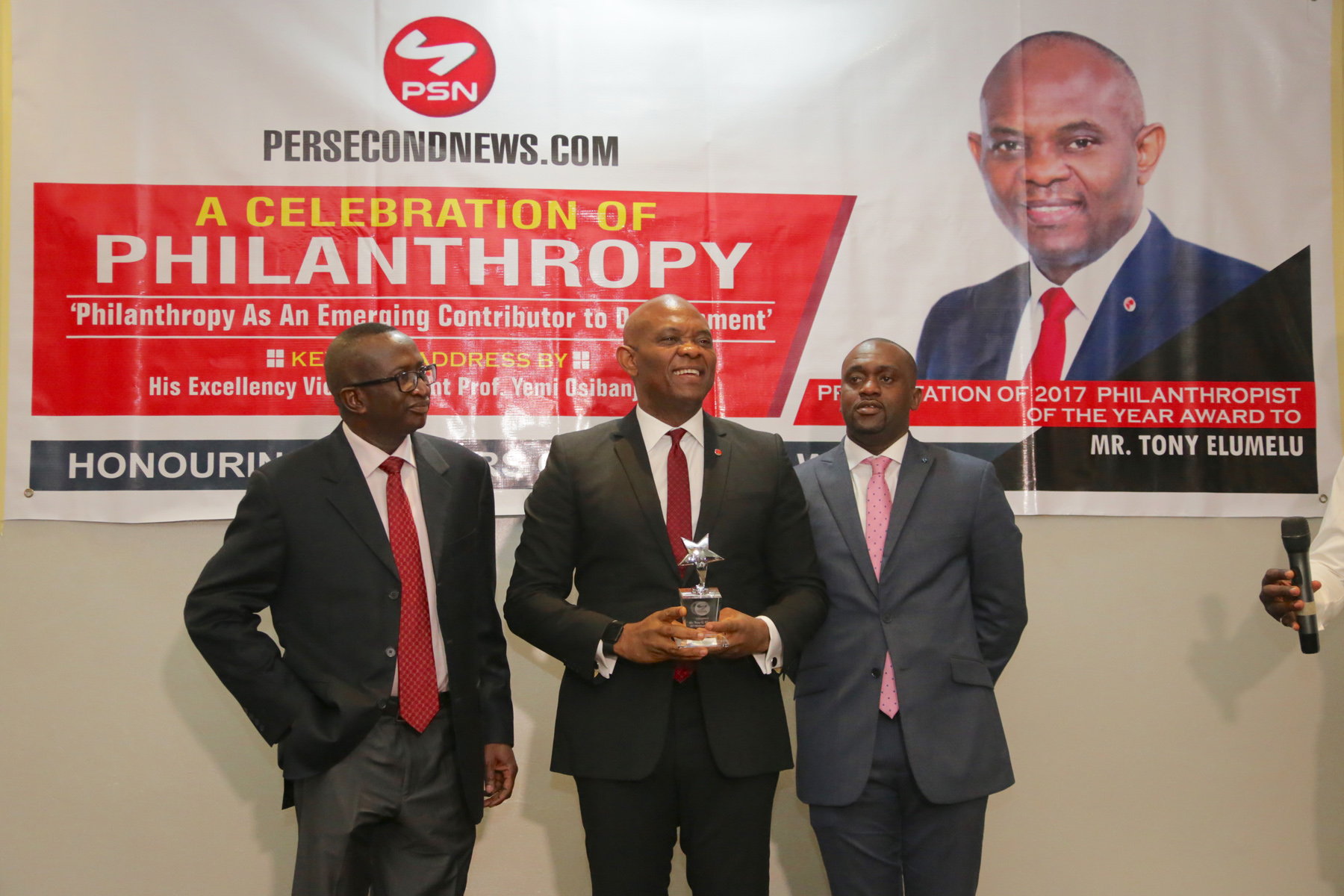 This award recognizes an individual with a proven record of exceptional generosity who, through direct financial support to individuals, organizations and charities in Africa, demonstrates outstanding civic and charitable responsibility, and whose generosity encourages others to take on philanthropic leadership roles on local, national and international levels.

Speaking at the event,  Mr. Femi Soneye, publisher of Per Second News said Mr Elumelu over the years demonstrated initiative and leadership qualities that stood out using his talents, treasures and time in a very strategic way.

“Philanthropy is dependent on the interest, passion, commitment, generosity and foresight of leaders like those we have honoured today. Never has such leadership been more important,” Mr. Soneye said, at the ceremony attended by top executive in the political, financial and media sectors. 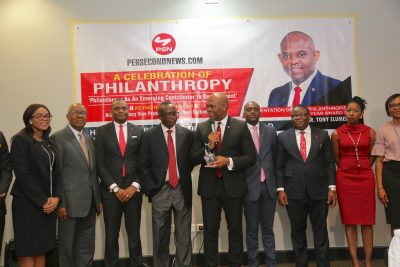 Soneye mainted that the works of philanthropist play a critical role in effecting real systemic change in the society as they are able to support more innovative and often unconventional solutions to our numerous social, environmental degradation, including from climate change.

“I am positively overwhelmed by this award and I dedicate it to the beneficiaries of the foundation who are changing lives across Africa, an elated Elumelu said while receiving the award.

“The Tony Elumelu foundation believes that the best way to eradicate poverty is through economic empowerment of citizens.

“That is why we are investing in entrepreneurship ideas across Africa through funding and mentorship support for start-ups, especially those conceived by young people. 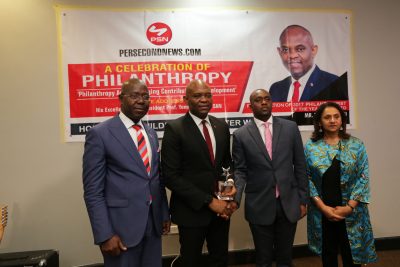 “We believe these young people can help achieve the dreams of the continent through opportunities creation if the right support is given to their business ideas,” he said.

According to him, the foundation has mentored 1,000 young entrepreneurs annually across the continent with seed grants to start up. 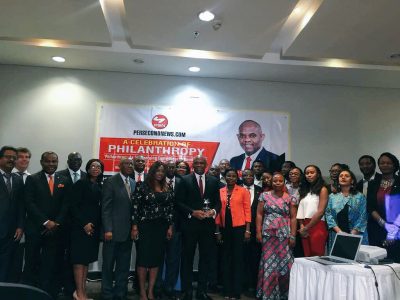 Elumelu added that the main target was to create 10,000 entrepreneurs in agriculture, manufacturing and others in the next 10 years, who were expected to create one million jobs across Africa.

Elumelu commended Per Second News for recognizing the impact TEF has made so far in the society and pledged to do more in his efforts to transform Africa. 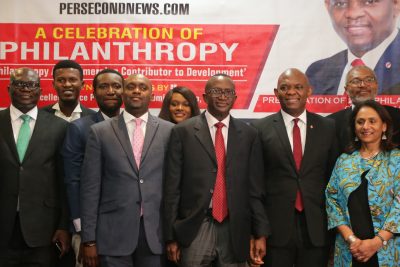 The Chairman of the Niger Delta Development Commission (NDDC), Sen. Victor Ndoma-Egba, who presented the award, described Elumelu as Nigeria’s gift to Africa. He said the businessman had done a lot to impact on the lives of many people across Africa.

Mrs Victoria Ibezim-Ohaeri, Executive Director, Spaces For Change also gave an address about the importance of charities and civil societies to the development of a nation.

Others honoured along with Mr. Elumelu were Maraym & Yakubu Skill Development and Educational Foundation and  Dreams From The Slum Initiative.

The Maryam and Yakubu Foundation, which is based in Kaduna is a private initiative that has since 2013 inaugurated a vocational training programme where men, women and youths are taught skills.

Since inception, over 500 people have graduated from five skills areas including Information and Communication Technology, engineering, catering and event management, fashion and commercial agriculture, said Amina Peters who recieved the award for the foundation.

The foundation was founded by Engr Andrew Yakubu.

The Dream From The Slum Initiative was honoured  for helping to get children in Ajegunle, Lagos off the slum and back to school.

Isaac Omoyele Success, founder of the organization, said they are committed to making the dreams of vulnerable persons living in remote and desolate communities a reality through three-prong approach on Education, Empowerment and Mentorship.

Ndoma-Egba on Elumelu: He’s a gift to Africa, an inspiration to the World