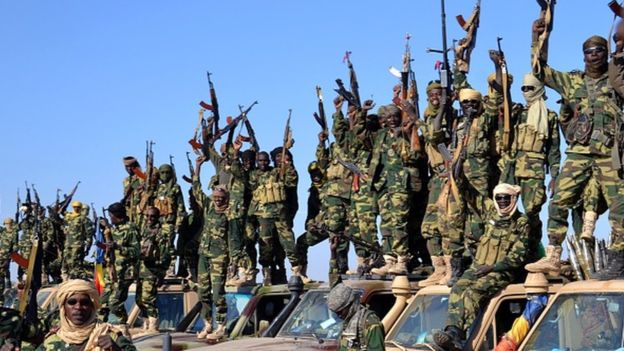 The Federal Government on Wednesday announced that 255 Boko Haram militants have been convicted with 737 others discharged.

The Attorney General of the Federation and Minister of Justice, Abubakar Malami, told State House Correspondents at the end of the over five hour meeting presided over by President Muhammadu Buhari.

The ministry presented a scorecard from 2015-2017 to council focusing on – sector reforms, prison decongestions, prosecution and defence of cases, prosecution of Boko Haram cases and number of convictions recorded as well as number of discharge and number of plea bargain cases including high profile one.

The Federal Government has put in place a committee saddled with the responsibilities of coming up with policies and strategies that will ease off congestion of prisons.

“Over 70 percent of the inmates are awaiting trials, there are sizeable number that couldn’t afford to pay limited fine that have been imposed on them arriving from their convictions.

“There are those awaiting trials that have never seen the court room for over five years and above and indeed there are multiple legislation that are before the national assembly that are intended to support the decongestion of prison formation process.

“We equally presented a score card as to cases both civil, criminal that were prosecuted by the Federal Ministry of Justice and their implications as to savings that were done for the government commencing from 2015 to the present time.

“Fundamentally arising from the cases that were conducted by the Federal ministry of Justice, the ministry has succeeded in saving the government around N4.5 trillion relating  to the claims that were presented in respect of these cases which were indeed conducted and concluded.

“There were other presentations that were made particularly as it relates to plea bargain. There are a lot of pending criminal cases in respect of which of the accused persons standing trials made offers for plea bargain.

“Again there are high profile cases that we made our score card and gave an insight as to there respective positions.

“A presentation was made relating to national prosecution team as it relates to the cases they are expected to prosecute.”

Corruption in Nigeria is getting worse, says Transparency International