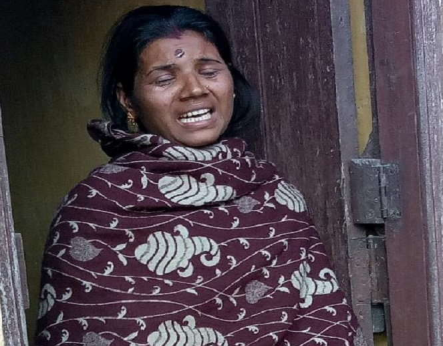 A woman and her lover killed her husband, chopped the body into parts and flushed those pieces down the toilet in her house to destroy evidence.

The incident took place in Purnia district, some 350 kilometres east of Patna in Bihar, on Monday night but the case was registered only on Friday after the police recovered his body parts from various areas in town.

Gopal Prasad, 36, who ran a book stall in Purnia had gone missing on Monday evening. Initially, the victim’s family didn’t suspect any foul play but later registered a case of kidnapping with the local Kasba police station, on Thursday, when his wife didn’t show any interest in his whereabouts. Soon she too went missing.

However, the police found the wife, Suman Devi, who was in hiding. Initially, she feigned ignorance when asked about the whereabouts of her husband but ultimately she confessed to his murder.

“The woman told us in graphic details how she got her husband killed with the help of her boyfriend while he had gone to bed after returning from his shop on Monday night, and chopped [the body] in parts to safely dump them,” a local police official, Rajkumar Sah, told the media on Saturday.

According to police, the woman had hidden her boyfriend, Dinesh Mandal, in her bedroom on the fateful night, and they executed the murder together once her husband had fallen asleep after his dinner.

During interrogation, the woman told police that she had her husband chopped into pieces with a sharp-edged dagger used for slaughtering animals.

“After chopping the body, she got them packed into two gunny bags. While she dumped one bag in the toilet tanks of her own house, the other was dumped into a local pond,” the police said.

Officials have arrested both the woman and her lover.

There were reports that the woman had been having an extra-marital affair with the man for two years. Recently, her husband had come to know about their relationship and had strongly objected to her conduct. And so the lovers decided to kill him.

“The woman was having [a] love affair with the man and hence got her husband killed,” the victim’s brother-in-law, Birendra Kumar, said