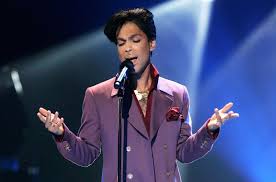 The estate for Prince has revealed the icon had over $40 million dollars in cash when he passed away.

According to court documents filed on January 31 and obtained by The Blast, the late singer left behind a fortune in cash and assets. The assets left in his name include $18,719,062 in cash, a sealed box labeled “Prince Concert Tribute,” several lots of land and seven homes in Minnesota.

The last two companies, Lotus Flower LLC and Prince Tribute LLC, hold over $155,000 in cash, according the blast.