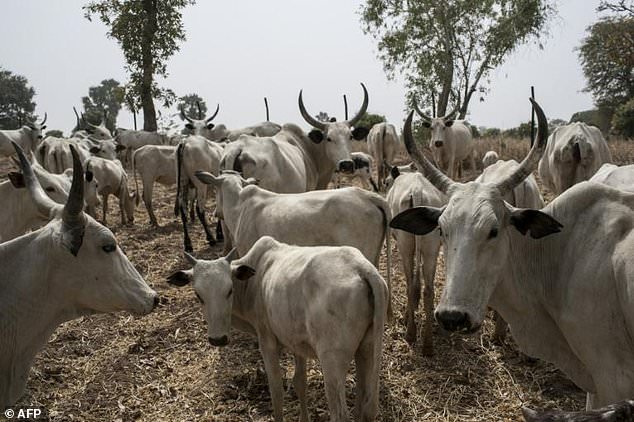 Amnesty International has condemned the response of the Buhari administration to communal violence in the country.

The world body said the government’s response ” is totally inadequate, too slow and ineffective, and in some cases unlawful.”

“The government must totally overturn its response to these deadly clashes to avoid this crisis getting out of control. They need to investigate and bring suspects to justice,” said Osai Ojigho, Director Amnesty International Nigeria.

“Hundreds of people lost their lives last year, and the government is still not doing enough to protect communities from these violent clashes. Worse, the killers are getting away with murder.”

“In some cases where the Nigerian security agencies did respond to communal violence, they used excessive or unlawful force resulting in even more deaths and destruction.”

“On 4 December 2017, Nigeria’s air force sent fighter jets to fire rockets at villages as a “warning” to deter spiralling communal violence, as hundreds of herdsmen attacked at least five villages in Adamawa state to avenge the massacre of up to 51 members of their community, mostly children, the previous month in Kikan.

“An Amnesty International team visited the villages in the aftermath of the air raids and gathered witness testimony from residents who described being attacked by a fighter jet and a military helicopter as they attempted to flee.

“Launching air raids is not a legitimate law enforcement method by anyone’s standard. Such reckless use of deadly force is unlawful, outrageous and lays bare the Nigerian military’s shocking disregard for the lives of those it supposedly exists to protect,” said Osai Ojigho, Director of Amnesty International Nigeria.

Amnesty International is calling on the Nigerian air force – which has received intensive training from the UK and US militaries in recent years –to hand over the footage of the incident and all relevant information to the authorities, including the Attorney-General of the Federation and Minister of Justice for investigation.

“This is unlawful and excessive force on a catastrophic scale. It is yet another tragic example where Nigeria’s armed forces are found applying deadly military tactics to law enforcement situations,” said Osai Ojigho.

“The Nigerian authorities must investigate these attacks and, where these investigations indicate criminal responsibility, prosecute those responsible and bring them to justice.”

The air raids occurred in the villages of Lawaru, Dong, Kodomti, Shafaron and Nzuruwei, where Amnesty International interviewed a total of 15 witnesses.

Locals in each village also provided Amnesty International with lists of the dead, which totalled 86 names.

As the herdsmen shot people and torched homes, and the air raid resulted in fire, it was not possible to establish how much of the death and destruction was a direct result of the air attacks or attributable to the attack by herdsmen.

“Satellite and aerial imagery secured and analysed by Amnesty International confirm the devastating cumulative effect of the herders and Air Force attacks, with at least eight villages heavily damaged or completely destroyed by fire.

“An Amnesty International team documented the impact of the air raid on the ground. In Nzuruwei, the team saw metal tears on a vehicle and motorbike which were likely caused by rocket fragmentation. Witnesses said they found remnants of the rockets nearby.

“In Dong, the Amnesty International team visited a palace of the traditional leader which according to witnesses was destroyed by an air raid hours after the herdsmen had left. They said remnants of the rocket were found inside the palace.

The frequent deployment of soldiers has resulted in many cases of excessive use of force, unlawful killings and extrajudicial executions throughout the country, said Amnesty International.

Obasanjo and the extent of presidential powers by Reuben Abati