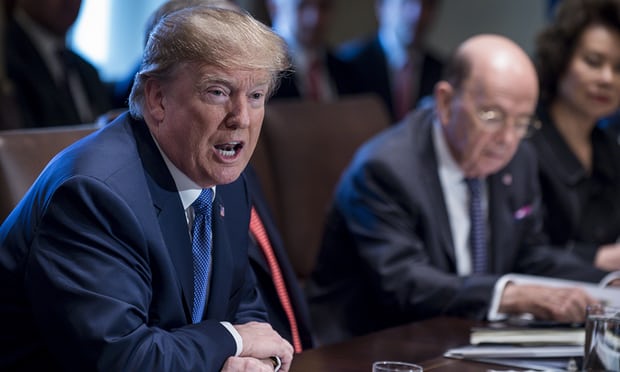 President Donald Trump has said he’ll only sign an immigration deal that cancels the diversity visa lottery program, which allows people from countries with very low immigration rates to the United States to apply for the opportunity to apply for a visa.

The U.S. receives 10 to 20 million applications each year from countries with low rates of migration to the United States. Of those applicants, 100,000 are chosen at random to be selected for a pool of 50,000 green cards.

The people who win the lottery are vetted in the same way as immigrants applying for work, travel or student visas, with successful applicants getting legal permanent residency.

Beneficiaries can be in the U.S. under a different visa when they apply, or they can do so from their home countries.

The number of applications varies wildly by country, but the process to whittle them down is entirely random.

From 2013 to 2015, Nigeria, Ghana, Ukraine, Uzbekistan and Iran registered the most applicants for the lottery, accounting for nearly a third of applicants in that period. Starting in 2015, Nigeria was removed from the diversity lottery list because more than 50,000 Nigerians emigrated to the United States in the previous five years.

In 2015, the most recent year for which data is available, Ghana, with 1.73 million people, accounted for the highest number of applicants for the US diversity visa program also known as “green card lottery”.

People born in countries that send large numbers of migrants to the United States, such as Mexico and China, are not allowed to participate in the program.

Trump has argued that under the diversity visa program, countries “give us their worst people, they put them in a bin.”

But the program is politically important to the Congressional Black Caucus, which sees the visa as the only avenue for African immigrants to come to the country.

Supporters argue that the great majority of applicants become assets to the United States.

“These are individual people who are making a huge leap to move to the United States, and it’s not easy to do. And they get vetted just like anybody else,” said Olsi Vrapi, an immigration attorney who’s a member of the American Immigration Lawyers Association and a beneficiary of the visa lottery program himself.

DV LotteryTrump
Share
Subscribe to our newsletter
Sign up here to get the latest news, updates and special offers delivered directly to your inbox.
You can unsubscribe at any time

I Ran From Boko Haram Once. No More.