74 Year-Old Nigerian Passenger beaten, tied up by Emirates crew on flight from Dubai to Chicago

An elderly man is in the hospital after he says crew members on a United Arab Emirates flight to Chicago tied him up and beat him.

74-year-old David Okeone is still recovering and his injuries are visible. He and his family say the injuries were caused by flight attendants on the flight from Dubai to O’Hare, and they still have no idea why.

Okeone, Per Second News gathered boarded the flight from Lagos and was visiting his family in the U.S for the first time. David can barely speak. He told his family he was also punched in the face by a flight attendant. When the plane landed, he was taken by police to the hospital. But no one told his family.

Chicago police say the airline says David was being unruly, but no charges were filed and  curiously there is no police report, Per Second News gathered.

Per Second News email to the Chicago Police Department have not yet been returned.

Customs and Immigration say they did escort David off the plane after complaints he was being unruly, and they say a flight attendant was also taken to the hospital, so there was definitely an altercation on the plane. 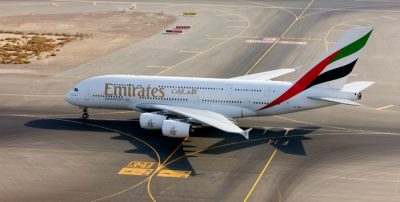 An Emirates spokesperson said that crew followed the standard protocol to secure the safety of the aircraft and its passengers mid-flight when it physically restrained the man.“Emirates can confirm that a passenger on flight EK235 from Dubai to Chicago on 23 January had to be restrained by cabin crew due to unruly behaviour.

“The passenger was handed over to the authorities on arrival in Chicago,” said the spokesperson in an emailed statement.

Mr David Okeone’s  family wants answers, which they aren’t getting from the Police and the Emirate airlines management regarding the elderly man’s injuries.

David OkeonyeEmirates
Share
Subscribe to our newsletter
Sign up here to get the latest news, updates and special offers delivered directly to your inbox.
You can unsubscribe at any time