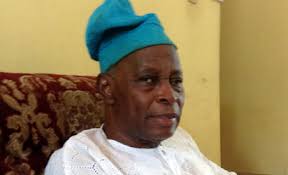 The former Secretary to the Government of the Federation, Chief Olu Falae Sunday night revealed why suspected Fulani herdsmen burnt his farmland at Imafon in Akure South Local government area of Ondo state

Falae said the arsonists attack has become an annual thing by the herdsmen.

“They burnt the farm so that in the next few days, fresh grass will spring up which their cattle will later feed on. This is what the Fulani herdsmen do every year. The oil palm plantation was affected as well as some parts of the yam and cassava plantations”

“As I speak to you, the farm is burning. I had to call the commissioner of police, Gbenga Adeyanju who detailed the Akure Area Commander to go with my Personal Assistant and Farm Manager to the farm.” Falae said.

Falae also said any attempt to ‘recolonize’ the southwest through cattle colonies would be resisted.

” This is not about politics but the future of our people..we will resist any attempt to introduce any cattle colonies”

For much of the last seven years, the biggest threat to Nigeria’s security has been a devastating insurgency led by terrorist sect, Boko Haram, but that’s no longer the case.

Over the past year, Nigeria has seen an uptick in violent activities of nomadic Fulani herdsmen.

Desertification of grazing land and lower rainfall has made cattle rearing more difficult in the herdsmen’s northern base. Seeking alternatives, herdsmen have journeyed south seeking fertile grazing land for their cattle. But with that search often leading to farms in the middle belt, West and south east of the country.

FalaeHerdsmen
Share
Subscribe to our newsletter
Sign up here to get the latest news, updates and special offers delivered directly to your inbox.
You can unsubscribe at any time