Africa is important says U.S but no apology for Trump’s vulgar comments 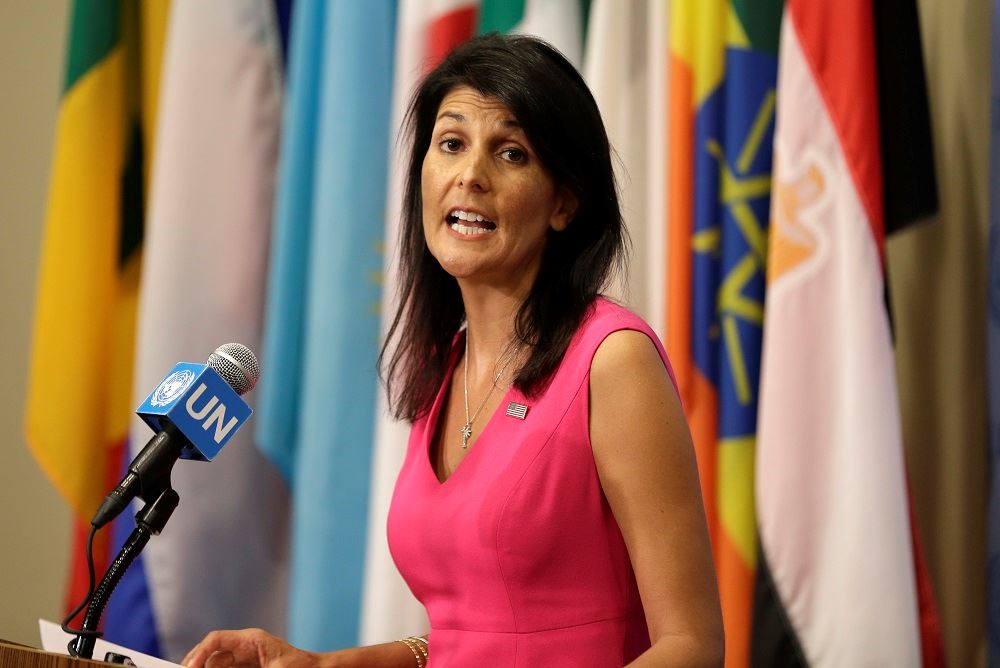 US Ambassador Nikki Haley expressed regret on Thursday to African ambassadors who were outraged by President Donald Trump’s alleged description of African countries as “shithole” nations, the head of the African Group said.

Haley asked to meet the African ambassadors at the United Nations after they released a joint statement on Friday demanding an apology from Trump for his “outrageous, racist and xenophobic remarks.”

“Africa is very important for the United States,” but she didn’t apologize for President Donald Trump’s vulgar comment about the continent as they had demanded, said the chair of the African Group Ambassador Anatolio Ndong Mba of Equatorial Guinea.

According to Per Second News findings in Washington, the State Department has instructed its missions not to deny that the president made the remarks attributed to him, but merely to listen. Given African fury, that approach is wise. In Africa as in the United States, there is skepticism that the president tells the truth, and his denials are discounted.

Haley told the meeting that “she was not there at the White House, she is not sure what was said, but she regretted all this situation that has been created,” the ambassador said.

The US mission declined to say whether Haley had addressed the furor over Trump’s remarks allegedly made a week ago at a White House meeting with lawmakers on immigration reform.

Trump’s remarks were condemned by the 55-nation African Union while some African governments summoned the US ambassador in their capitals to demand an explanation.

Trump reportedly demanded to know why the United States should accept immigrants from “shithole countries,” after lawmakers raised the issue of protections for immigrants from African nations, Haiti and El Salvador.

However Trump later tweeted: “this was not the language used.”

Trump’s disdain for Africa shows why he is yet to appoint an assistant secretary of state for africa a year after his inauguration.

U.S Secretary of State Rex Tillerson who according to his schedule cited by Per Second News is expected to travel to Africa soon might face a not too friendly reception if he does make the trip.

AfricaTrump
Share
Subscribe to our newsletter
Sign up here to get the latest news, updates and special offers delivered directly to your inbox.
You can unsubscribe at any time